If you go to Pikes Peak, be sure to wear wildflowers in your hair 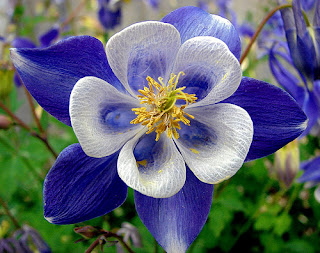 Color and character since the early days of Colorado

Though it may be a surprise to no one, wildflower watchers' and preservationists' colorful prose and sentiments stretch back into the beginning of the written record in the Pikes Peak Region.

The earliest recorded non-native activity in the area was the Army's Major Stephen Long Expedition of 1820, which discovered the Colorado State Flower, the white and lavender Columbine, somewhere between Monument and Palmer Lake.

"The white and lavender Columbine, Aquilegia caerulea, was adopted as the official state flower on April 4, 1899 by an act of the General Assembly. In 1925, the General Assembly made it the duty of all citizens to protect this rare species from needless destruction or waste. To further protect this fragile flower, the law prohibits digging or uprooting the flower on public lands and limits the gathering of buds, blossoms and stems to 25 in one day. It is unlawful to pick the Columbine on private land without consent of the land owner," according to the the Colorado Department of Personnel and Administration.

In June of 1820, Major Steven Long and 22 men left what is now Nebraska to explore the source of the Platte River. After more than three weeks of crossing the tall grass prairies of eastern Colorado, the expedition finally reached the base of Pikes Peak.

Major Long was anxious to continue, but was persuaded by Dr. Edwin James, a naturalist with the expedition, to wait a couple days. James wanted the delay so he could climb Pike’s Grand Peak.

Long reluctantly agreed and provided Dr. James three days to climb the peak, make his observations and return to camp.

Dr. James and two men reached the summit on the afternoon of the second day, and spent only an hour on the summit before starting the trip back down.

James returned to Long’s encampment in time to make the prescribed deadline, having managed to scale the mountain. In addition, he made extensive notes in his journal and documented examples of previously unknown plants and flowers, including Colorado’s state flower, the blue Columbine.

Long was so impressed, he named the mountain for him, declaring it James Peak, but, of course, it didn't stick.

In the 1890s, Edlowe, near Woodland Park, was one destination of the Wildflower Excursion run by the Colorado Midland. The Wildflower Excursion carried passengers from Colorado City to Edlowe interested in picking the ubiquitous blue Columbines in the area. One favorite destination, the meadow west of Edlowe, was used on almost all of the excursions according to Mel McFarland, in writings from 1980.

The Wildflower was one of the Colorado Midland's popular excursions, according to Celinda Kaelin in her book "Pikes Peak Back Country."

Dr. H.A. Burton, whose father was a Colorado Midland engineer related the following:

"The Midland's famous Wildflower Excursions proved to be a source of summertime spending money for the children of Florissant. We boys looked forward eagerly to the summertime tourist season and the daily operation of the flower train."
According to advertisements running in Colorado Springs papers, a one-day trip left Colorado Springs at 8:45 a.m and turned around at west end of Eleven Mile Canyon, returning to the Springs at 5 p.m. 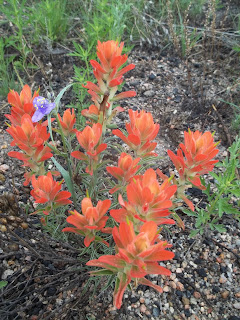 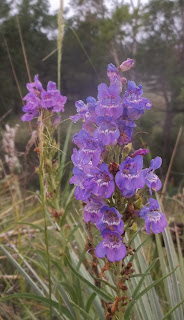 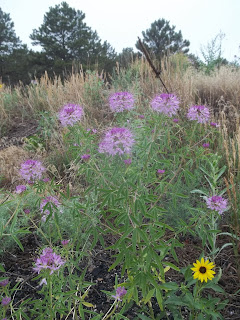 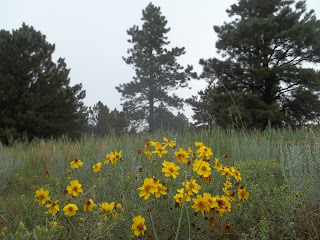 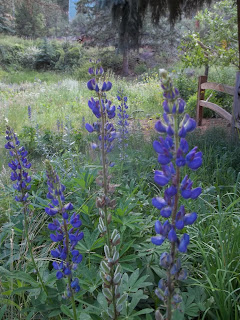 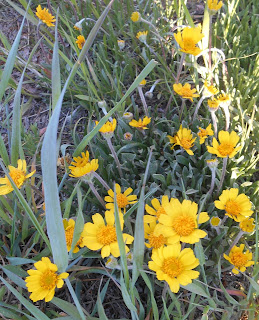 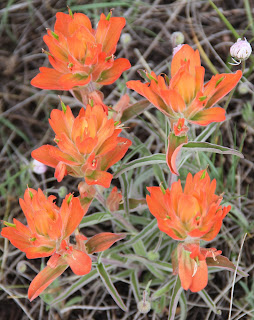 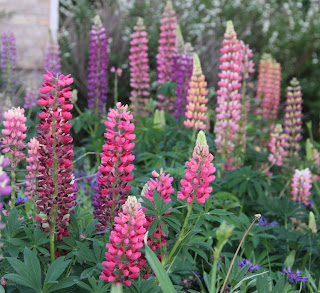