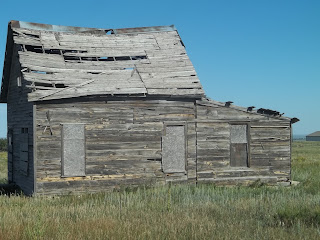 In August of 1965, the following firsthand account was related to Jean Evans of Monument. This account was told to her by Charles M. Hobbs, a longtime resident of Eastonville, a once thriving community on the Black Forest’s edge about 12 miles east of Monument. Evans was described as a prolific writer, intensely interested in the historical areas of which she is living. Her conversations with Hobbs have become the definitive source for information about early Eastonville. She published that information in the Palmer Lake-Monument News that year.
“I first saw Eastonville in the spring of 1886, and we lived at that time on the John Smalley place, about seven miles northeast of Eastonville, in the eastern edge of the Table Rock community. In the month of June, I was sent to Eastonville on an errand, as that was the nearest store, and as I stood on the top of the divide, just northwest of the little town, and gazed down the Squirrel Creek Valley, I thought it was certainly a ‘Cattleman’s Paradise,’” according to Hobbs as recorded by Evans.
Eastonville at that time had only about 30 or 40 inhabitants, according to Hobbs, and the railroad from Denver to Pueblo had just been built in 1882. That road was first known as the Denver and New Orleans; and later as the Denver, Texas and Fort Worth and finally, the Colorado Southern.
“The main line did not enter Colorado Springs, but there was a branch line from Manitou Junction, which came to the Springs and the depot was located on Sahwatch, just south of the Puffer Mercantile Company’s location. This was a very busy road for years, and it was the main line for transportation of southern cattle to northern pastures in the spring of the year. There were nine passenger trains each way though Eastonville daily, and numerous freights. The depot was never closed. There were two agents, Mr. Taylor and George Sprout,” Hobbs said.
“The station was first named McConnellsville, Easton was the first post office in that community and was located about one mile north and east of Ayer Ranch on Jonathan Goodrich’s place. The mail was carried there from Colorado Springs, usually on horseback. When it was decide to move the post office to the new railroad station, there was objections raised because of the similarity of the the two post offices Easton and Eaton, and then it was decide to call the new office and station Eastonville, as it has been since.”
The town grew quickly with the advent of rail depot. By 1900, the community had nearly 500 residents and growing business sector.
“The first store in town was owned by John Brazelton. He sold it to John and Orlin Gates. (No relation to Russel Gates.) Then they sold it to Russel Gates Mercantile Co. Russel Gates then proceeded to erect an immense store building, which laid in an ‘L’ shape and had about 400-foot linage and was a two-story affair. Business was good and they soon added a big lumber yard and creamery,” according to Hobbs.
“Mr. Gates was a very energetic man and proceeded to organize stores in nearly all the neighboring towns. He owned the Z Bar Z Ranch on the head of the Big Sandy. Later, he moved to Denver and left James Durkee on the ranch. Mr. Gates was once an unsuccessful candidate for mayor of the city of Denver. The upper story of this big store in Eastonville contained a hotel, a furniture store, and a large hall with a splendid stage,” he said.
“Eastonville was surrounded by a splendid farming community, and huge crops of grain and potatoes were grown.Two-pound spuds were common, and there was a great demand for seeds of these dry land potatoes from other growing centers. No, we didn’t have any price controls then, and we had to take whatever the market was, and that was sometimes 25 cents per hundred weight. Trainloads of potatoes were shipped from Eastonville and Monument. These two towns were the agricultural center, employing many people in loading and shipping. Potato bakes were held in both Monument and Eastonville. John W. Black was the big buyer for eastern markets. But alas, one year, our potato crop failed and never has returned to normal production. However, there is a few potatoes raised, but it took all the profit out of the business to do the necessary spraying and doctoring.”
Also, changes were in the works with the coming of the automobile and with help from Mother Nature.
“When the automobile and truck began to appear on the scene, small towns began to feel the effects of them, and Eastonville and Monument were two of the towns that really felt it. When the flood came in 1935, it so completely demoralized the railroad, that soon it was taken up. The Gates Mercantile Co. began to disintegrate and Mr. Ragsdale took over the Eastonville store and continued to run it for several years. Houses were torn down and moved away. A rural mail route was established from Elbert and the post office at Eastonville was discontinued. The stockyards were torn down. In few years, only a few buildings were left of what was once a very prosperous place.”
Today, you can see a few remnants of old Eastonville by traveling straight east on Baptist Road from Monument, as it turns into Hodgen Road, past the burn scar to where it is at an intersection with Eastonville Road, then south, a little less than a mile, then east onto Sweet Road. Remnants of what was once the town are along either side of Sweet, until (and after) your reach Elbert Road. The Presbyterian Church on the south side of Sweet Road survived for many years as the community center, and some of it is still standing, though the last few years have been difficult. Eastonville Cemetery is on the corner of Latigo Boulevard and Meridian Road. 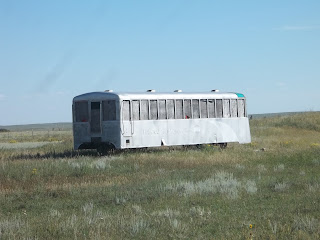 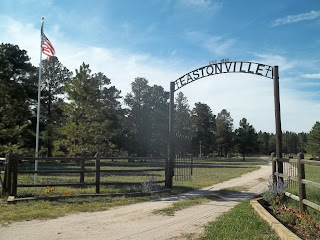 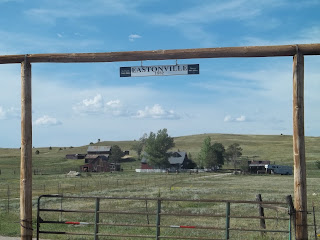 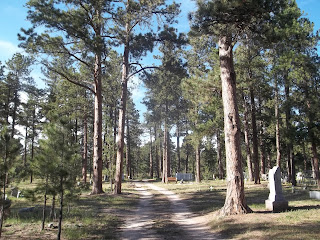 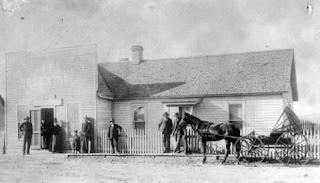 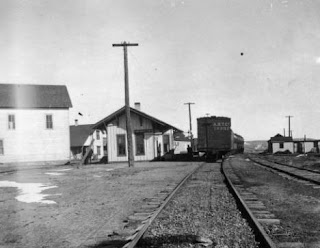 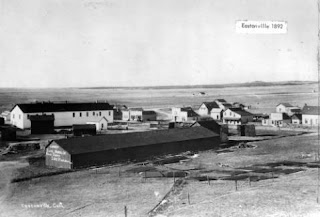