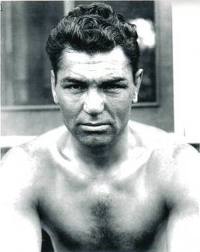 Tunney had been down for 14 seconds, not nine.

In January of 1928, having recently lost the heavyweight championship of the world title, the fighter know as Jack Dempsey announced his retirement because he was having “trouble” with his left eye muscle. It has been a long tough road from the mining camps of Colorado.
The Associated Press reported in April that Dempsey would not attempt a comeback – not even for $50 million dollars. “I have enough money,” he told newspapers at the time and still had his health. “I can still walk around and tell time.”
In 1931 and 1932, Dempsey did fight over 100 exposition fights but after his poor showing against “Kingfish” Levinsky, he confirmed his decision not to make a comeback.
William H. Dempsey, the Manassa Mauler, was billed as “one of the toughest men to ever come out of the West. The moniker originated from Dempsey’s birthplace in the San Luis Valley town of Manassa, Colorado.
His dad knocked around various Colorado mining camps, and eked out a living in low level mining jobs for years. Barely able to scrape by, the young Dempsey worked as a mucker in the Cripple Creek District’s Portland Mine before he and his brother hit on a scheme in which they would go into the local saloons and offer to whip anyone in the house for the amount they could collect by passing the hat.
Both he and his brother fought in the saloons under the name of Jack Dempsey, which was borrowed from an eighteenth-century Irish brawler. Though he appeared slight and non-threatening as a 16-year-old kid, according to the legend, Dempsey never lost one of these bare-knuckle brawls.
The Cyber Boxing Zone says that because of this, his record is still incomplete.
“As a hobo from 1911 to 1916, Dempsey had many ‘fights,’ most as ‘Kid Blackie,’ in various Colorado mining towns. His first fight was at 140 pounds during the summer of 1912, a KO of Fred Wood, the ‘Fighting Blacksmith.’ Later that year he Kayoed his future manager, Andy Molloy; It is possible that Dempsey had as a many as 100 unrecorded fights.”
According to Hickok Sports, Dempsey went to New York in 1916 but met with limited success and returned to the west after suffering broken ribs by a more experienced fighter. Hopping freights and picking up occasional bouts to earn money, he met Jack “Doc” Kearns who reportedly taught him to box and matched him against a series of lesser fighters to build his reputation.
“The 6-foot, 190-pound Dempsey met with the 6-foot 6-inch, 250-pound,  heavyweight champion Jess Willard on July 4, 1919, at Toledo, Ohio. Dempsey won a third-round knockout. Promoter Tex Rickard immediately began calling him ‘Jack the Giant Killer’ because Willard was known as the ‘Pottawatomie Giant.’”
Dempsey defended his title only six times in the next seven years and finally lost it to Gene Tunney in a 10-round decision on September 23, 1926 in Philadelphia.
In the rematch in Chicago a year later, Dempsey knocked Tunney down in the seventh round. It took Dempsey several seconds to go back to his neutral corner (a fairly new rule prompted by actions by Dempsey in his 1922 legendary win over Luis Firpo). Tunney got to his feet at count of nine and held on to win a 10-round decision.
It became known famously as “The Long Count,” and Referee Dave Barry had to suffer through derisive fans shouting from one to 14 in unison between rounds in which he refereed – based on Dempsey’s belief that Tunney had been down for 14 seconds, not nine.
A 1950 Associated Press poll named Dempsey “the Greatest Fighter of the half century.” Of his available record of known fights, he logged 63 wins, seven losses, 10 draws, five no decisions, one no contest. Of his wins, 50 were by knockouts. Dempsey died in 1983 at the ripe old age of 87.
###