Different look at news, a century past 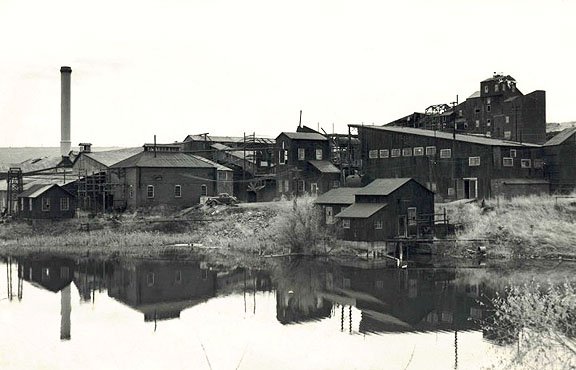 When I think about it, I am amazed at how hardened folks have become on the press and their reportage these days. Modern, "mainstream" media gets blamed for manipulation, being manipulated, sensationalism, reporting nothing but bad news, not minding their own business, and seeing the world with a jaundiced eye.  Jeez! I wonder what they would thought of the news a century ago?

"Passengers on the Short Line reaching here at 1:20 yesterday afternoon did not know how near they came to being without an engineer during the latter part of the trip, and for a few minutes the engineer was about in the same fix," reported the Cripple Creek Times, Aug. 8, 1907.

"Billy O'Connor, one of the best known engineers on the associated roads, was handing the throttle and while in the vicinity of St. Peter's Dome he was bending far out the cab window while the train was rounding the curve at a fair rate of speed, when his head suddenly came into contact with a protruding rock," according to the Times report.

"The force of the blow was fortunately not sufficient to knock him out the window, but for a few moments, the engineer was badly dazed. He soon recovered himself, however, and after bringing his train into this city, walked to a doctor's office where several stitches were found necesary to repair his scalp which was quite severely lacerated."

And then with a "Special" dateline from Telluride, in the same paper:

"What is supposed to be the skeleton of W.J. Barney, the timberman on the Smuggler-Union, who disappeared in June of 1901, and has never been seen or heard of since, was exhumed this afternoon near the Alta Mill, 12 miles from this city, by Bulkaley Wells, adjutant general of the National Guard of Colorado and manager of the Smuggler-Union at the time Barney disappeared," reported the paper.

"The body was found in improvised grave and according to reports, the place was located through information given by Steve Adams, now awaiting a second trial in Idaho for the killing of two men in the northern part of the state, in the confession which he made about a year ago, and subsequently repudiated. It is said that an attempt was made to find a body last year but there was snow on the ground at the time, and the place could not be located."

"In an official statement made to the Times last night by the management, it was declared that the loss by fire to the Golden Cycle Mill is not more than 40 percent of the total; that work of rebuilding will begin immediately and the mill will be in full operation within six months."

Maybe, folks understood then, that it is difficult to make chicken soup with nothing but a few bouillon cubes.  Or maybe, they were better at reading between the lines.