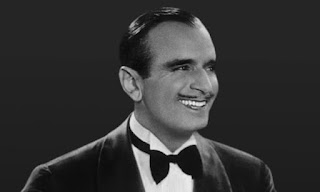 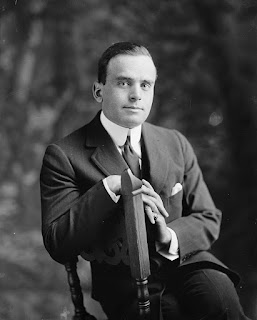 Had to do you own stunts in "talkie" era

"The King of Hollywood," of course, learned the trade in Denver.
Silent film star Douglas Fairbanks began acting at an early age, in amateur theatre in Denver, performing in summer stock at the Elitch Gardens Theatre, and other productions sponsored by Margaret Fealy, who ran an acting school for young people in Denver, at the time.
Though he started high school at Denver East High School, he was expelled for cutting the wires on the school piano.
In the spring of 1899, when he was 15 — and variously claimed to have attended Colorado School of Mines and Harvard University — but neither claim is true, he joined the acting troupe of Frederick Warde, beginning a cross country tour in September 1899.
Fairbanks later became a founding member of United Artists. He was also a founding member of The Motion Picture Academy and hosted the 1st Academy Awards in 1929.
With his marriage to Mary Pickford in 1920, the couple became Hollywood royalty and Fairbanks was referred to as "The King of Hollywood."
Though widely considered as one of the biggest stars in Hollywood during the 1910s and1920s, Fairbanks' career rapidly declined with the advent of the "talkies."
"Swashbuckled in Zorro, duelled exuberantly in Robin Hood, and soared magnificently in The Thief of Bagdad, " wrote Pamela Hutchinson recently for The Guardian, he often described as one of Hollywood’s founding fathers. In 1919, together with his best friend Charlie Chaplin, his bride-to-be Mary Pickford, and director DW Griffith, he started the United Artists studio, which is still, despite some recent uncertainties, a Hollywood player.
The silent-era film stars like Fairbanks, risked life and limb doing their own stunts.
"In 1927, Fairbanks was a founding member of the Academy of Motion Picture Arts and Sciences. As the host of its first prize-giving ceremony in 1929, he handed out 14 awards to his peers, though he was never to receive an Oscar in his lifetime.
In 1929, he was involved in the establishment of the School of Cinematic Arts at the University of Southern California – one of the first film studies faculties – and gave its opening lecture, on “photoplay appreciation.”
"Today, film studies courses are unlikely to linger on Fairbanks’s work: it’s considered generic Hollywood product, with little more to it than dazzles the eye. That’s a shame, because the man and his photoplays were anything but ordinary," says Hutchinson,
A new biography, which Hutchinson describes as "doggedly researched and sharply written" by Tracey Goessel, and is called "The First King of Hollywood: The Life of Douglas Fairbanks" It gives readers a chance to consider the star in a new light, not least because it persistently interrogates much of his own myth-making.
"Discarding Fairbanks’s own merry tales, Goessel straightens out the facts about his education and early career, details the injuries caused by his daredevil stuntwork and, with reference to the blizzard of messages sent between husband and wife, gives an intimate and moving account of his marriage to Pickford. "
For example, Goessel shows that Fairbanks demonstrated markedly progressive attitudes to race. In other films of the era, offensive racial terms and characterizations are depressingly familiar, but Fairbanks scoured his scripts (notably, those otherwise witty inter-titles penned by Anita Loos) for all such terms before production began. Revealingly, Fairbanks never chose to make public the fact that his father, H. Charles Ullman, was Jewish, constructing a smokescreen figure called “John Fairbanks” instead; this name even appeared on Fairbanks’s death certificate.
"It was impossible not to notice that Fairbanks was devoted to fresh air and exercise: his athleticism on screen and deep tan attest to it. But while he was more than comfortable with public nudity, his Hollywood neighbors were not."
Goessel reveals that when he and Pickford built their studio complex in the early 1920s, complete with a fully fitted gymnasium, exercise yard and steam room, Fairbanks requested an underground running track, so he could jog, naked, between scenes. The concrete-lined trench ran parallel to Santa Monica Boulevard for about two blocks, but six feet below the road. "It’s a typical Fairbanks solution: breezily practical, but undeniably eccentric."
Posted by ___ Restless Native at 5:44 PM