Intentionally under water, but not forgotten

“Towns are like people. Old ones often have character, the new ones are interchangeable.”
― Wallace Stegner, Angle of Repose 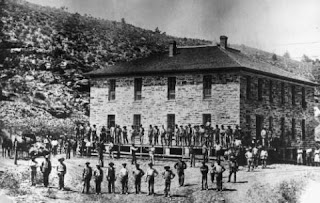 Wet or dry, there is always a place for us

Devastating floods this March in the center of the country makes a person think. The tragic evacuation of towns and loss of life, and livelihood, along with billions in damages from the swelling Missouri River is heart breaking.

Recent flooding in the Midwest calls to mind other towns submerged, some here in Colorado, but under entirely different circumstances. I think of my own experience, watching for years as crews worked to sink the former lumber town of McPhee under the newly-created reservoir.

For decades we had archeologists from Washington State, and University of Colorado, and probably other places, sifting through the sand and dirt down river – poking in the oak brush, photographing the old buildings. We called them ‘bonediggers.’ There were also Bureau of Land Management folks, and dam contractors clearing brush, and moving cemeteries – all documenting this and documenting that. The place was busy on a global scale with contractors and subcontractors, like Obayashi Gumi Corporation, and other multinationals working on multi-year projects.

Stout is a former town in Larimer County just west of the Dakota Hogback, located in foothills southwest of Fort Collins. Dating back to the 1860s as a camp for workers at the nearby stone quarries in the area, the Union Pacific Railroad invested in quarrying operation and built a rail spur from Fort Collins to transport stone for its own use elsewhere.

During its time of operation, Stout also had a reputation as a nearby source for liquor by thirsty Fort Collins' residents looking for a little something stronger than water. With a longtime prohibition, (more than 70 years) preventing the purchase and sales of "tonsil paint" in the high-minded city of Fort Collins, potential customers would sneak off to Stout. Because of well-developed transportation routes made for the stone quarry, it was easy for residents of Fort Collins. Drunk drivers being a danger on the roads constantly worried officials in both Stout and Fort Collins.

"Residents could easily get to Stout, the sandstone quarry town, to buy any libation they wanted. Sometimes quarrels ensued thanks to excessive inebriation; certainly, anyone under the influence was a danger to others on the roads," wrote longtime Fort Collins historian Barbara Fleming.

In 1949, to make way for the flooding of the valley by Horsetooth Reservoir as part of the Colorado-Big Thompson Project, most of what remained of the town of Stout, went under water. 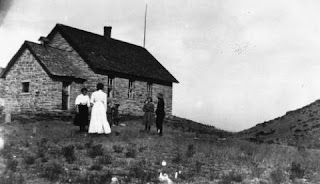 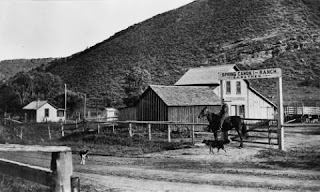