Historically not native, but a growing restless population 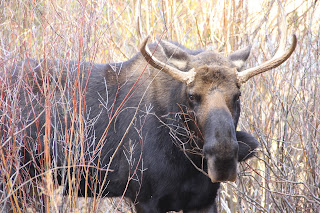 Moose usually do not tend toward natural aggression

For the most part, from most of the historical record at least, moose are not really native to Colorado. But with restless wanderers from nearby Wyoming and Utah, and a successful introduction effort, starting in the 1970s, Colorado is now home to about 2,500 moose.

Although moose aren't more dangerous than bears in terms of behavior, they pose a greater threat of injuring you simply because of their population size. Moose outnumber bears nearly three to one in Alaska, wounding around five to 10 people in that state annually. That's more than grizzly bear and black bear attacks combined, says Crusteb Conger of the award-winning blog, HowStuffWorks.

Despite the incidence rates, moose do not tend toward natural aggression. The largest species of the deer family, Alaskan moose are the biggest in the world. But their size betrays their generally passive demeanor. Feeding off plants and tree bark, these herbivores munch on willows, birches and grasses by the pound. During the barren winter, when moose can't get their lips on these natural foods, Anchorage watches the trash-seeking moose population balloon to around 1,000, Conger writes.

Here in Colorado, it appears the incidence of moose versus humans is a small, but growing problem.

Elissa Slezak, district wildlife manager with Colorado Parks and Wildlife in Summit County, describes an uptick in the number of conflicts between humans and the state’s approximate 2,500 moose. “Over the past few months myself and my fellow officer in Summit County have been getting moose calls almost daily,” Slezak, told Denver Post reporter Elise Schmelzer in October of last year. While the agency doesn’t maintain statistics about the number of moose incidents reported to them, Slezak said she has seen the number of conflicts steadily increase over the last few years.

It is difficult to peg the exact reason for the growing incidence of interaction but increased human and moose populations across the state make run-ins more likely. As moose populations continue to grow, the animals are expanding their range to less remote areas and even occasionally wander through Front Range communities. 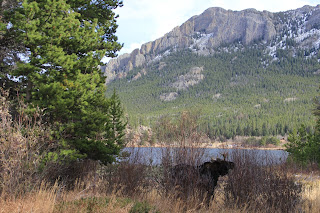 History of Moose in Colorado

Historical records dating back to the 1850s indicate that moose wandered into northern Colorado from Wyoming, but were transient and never established a stable breeding population. Most of the historic sightings involved hunters seeing and/or harvesting a single bull moose, according to fact sheet from Colorado Parks and Wildlife. 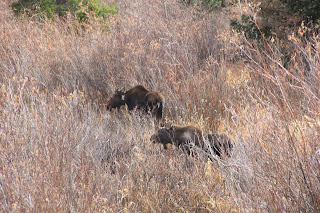 "In the 1950s, Colorado wildlife officials considered bringing moose to the state. There were concerns, voiced at public meetings on a series of proposals, that moose would compete with cattle and sheep on grazing land, and potentially damage local ecosystems and other wildlife species. State wildlife managers advocated moose reintroduction because of the abundant habitat available and lack of natural predators," Colorado wildlife officials say.

During the 1960s and the early 1970s, the Colorado Division of Wildlife (now Colorado Parks and Wildlife) worked with the U.S. Forest Service, the Bureau of Land Management, the National Park Service, the general public and local ranchers on selecting the North Park area in the Routt National Forest near Walden as the site for the first moose reintroduction.

"In 1978, state wildlife experts transplanted 24 male and female moose from Wyoming and Utah to create a breeding population in North Park and provide hunting opportunities. Additional moose from Wyoming, Utah and Colorado’s own growing population were introduced to other areas of western Colorado over the years. The project succeeded in creating new hunting opportunities and a popular wildlife viewing option. The state legislature, in 1995, declared Walden the 'Moose Viewing Capital of Colorado,'” says recent information from Colorado Parks and Wildlife.

"By 2012, the reintroduction program had established a breeding population of about 2,300 moose in Colorado. Moose hunting is available in 39 game management units (GMUs). There were 16,500 applicants for 219 moose hunting licenses and 185 moose were harvested in 2012. While the moose population in other states has declined, Colorado’s moose population continues to grow." 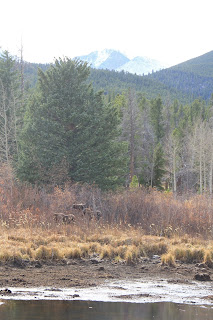 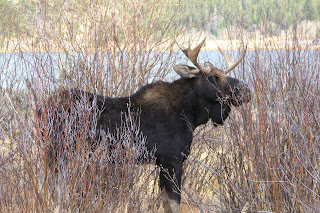