Never had a word for evil

Here in the West, we take the holidays seriously 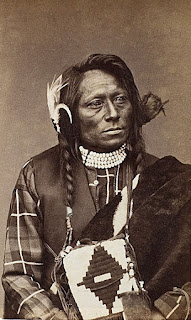 By Rob Carrigan, robcarrigan1@gmail.com
Holiday celebrations such as Christmas, Hanukkah and Yule have a deeply personal bent.
Yule or Yuletide is a festival observed by the historical Germanic peoples. The word might be traced back ancient Arabic and scholars have connected the celebration to the Wild Hunt, the god Odin, and the pagan Anglo-Saxon Mōdraniht. It later underwent Christianized reformulation resulting in the term Christmastide.
There is a long-standing Irish tradition that, just before Christmas, you start cleaning out everything. Give everything a good scrubbing. Clear the clutter. Sweep out the carriage house and the front walks. Clean the barn. Paint or whitewash the outbuildings. Mop the floors. Change the curtains. Wash all the linens. Make sure the windows are spotless.
Some say it is to make ready for the Christ child, the new-born king. Some pass it off as preparing for Father Christmas.
"For centuries before any European contact, Native Americans held in high regard the winter solstice, which occurs on December 21-22, and they held celebrations around that time of year.
After European contact, many Native American tribes blended Christian beliefs with their traditional cultures and began celebrating a hybrid of Christian and Native beliefs. In fact, about three quarters of the Indian population identifies with a secular faith, the most common being Native American Catholics. So, their celebration of Christmas should not be a surprise," says Murray Lee of the Partnership of Native Americans, a nonprofit organization committed to championing hope for a brighter future for Native Americans living on remote, isolated and impoverished reservations.
Floyd Looks for Buffalo Hand is a self-described Oglala Sioux spiritual interpreter from Pine Ridge, South Dakota. The full-blooded grandson of Chief Red Cloud and a direct descendant of the Crazy Horse Band, he has spent the last 28 years teaching Indian spirituality and spreading the messages of the White Buffalo Calf Lady to all four directions of the world.
"Before European contact, the Indian tribes of North America did not celebrate the birth of Jesus Christ, since they hadn't heard of him. However, many of the American Indian people of North America have been Christianized for several hundred years. Over this time, customs which were introduced to them by the missionaries, have become adapted to the native cultures, and are an integral part of their Christmas traditions today, just as they are in most American homes.
Many Native American people found that the story of Christmas and Christ's birth fulfilled tribal prophecies and found the message of Jesus to be consistent with the truth that was handed down by their ancestors," writes Floyd Looks for Buffalo Hand.
Of the Native Americans perhaps most connected to Colorado, the Utes have a somewhat unique religious understanding, according to historian Jan Pettit, and her sources in the local tribes.
"Shamans and medicine people play an important role in Ute religious life. The position of shaman was confined to men that gained that power at an early age through visionary encounters, in which a animal, bird, or small dwarf called a Pitukupi would reveal the methods for cures, song and dance patterns, and social rules. The knowledge needed to carry out the calling of a shaman or medicine person was gained through a combination of natural ability and interest followed by a life-long learning process."
According to Ute elder Annabelle Eagle, "Indians never had a word for evil. That force was not acknowledged, only disharmony. Living in harmony with our fellow man, with nature and with our Creator is the ultimate goal of life on earth. The word evil and its connotation came with the white man and his religion. People only concentrated on bringing forth a force of goodness to overcome a deficiency in one's life ... To know is to understand."