Any way the wind blows. It doesn't really matter, to me 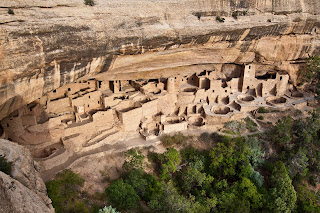 It is how you say a thing.

Writers and linguists struggle with spelling, too, but in different ways. As Andrew Jackson noted, “It is a damn poor mind that can think of only one way to spell a word.”
But among my favorite struggles is the ancient study of human history and prehistory through the excavation of sites and the analysis of artifacts and other physical remains. It, as most things I run into, has to do with printing, and government, and maybe other stuff.
"Why are there two different spellings: archaeology and archeology? Both spellings are correct, but there are some twists and turns to the answer! If you look up the word in a dictionary, you’ll find it under “archaeology” with the variant “e” spelling also listed, but you probably won’t find it under 'archeology,'"says Barbara J. Little, writing in reference to American Anthropological Association’s ANTHROPOLOGY NEWSLETTER from June 1975.
Little offers this explanation.
"The “ae” is a diphthong, which is a gliding vowel sound normally represented by two adjacent vowels. However, typographically, some diphthongs are represented as single ligature characters (that is, joined letters), so “ae” becomes æ.If you have occasion, take a look at actual pieces of printers type -- those small lead alloy sticks with letters that are composed one-by-one into forms and then printed on a printing press (before linotype and way before digital). You’ll find not only a’s and e’s but also æ’s. Think Benjamin Franklin! You also can see such printing re-enacted at Colonial Williamsburg if you want to watch the painstaking process of publishing newspapers and books one letter at a time. I can imagine printers thinking that ligature characters were a terrific idea because they’d save a step: pick up one piece of type to place in your composing stick instead of two," Little says.
"Here’s the particularly odd part: in 1890 or 1891, the US Government Printing Office (GPO), decided to economize by eliminating the ligatured ae. This decision was probably also helped along by the trend in American English to simplify, so that the 'ae' diphthong was replaced by an “e” in pronunciation and spelling. The decision also came soon after the introduction of the linotype machine when the technology and practice of printing was changing: always a likely time for more changes to occur. The GPO adopted new spelling rules that called for a simple substitution of e for the ligatured ae in all cases in which its earlier rules had required the ligature. No allowances were made for the history of individual words or for common usage, hence the new spelling "archeology”.
The history of the word as it was derived from Latin would have argued for the 'ae'. In 1685 Jacob Spon of Lyon first used “archaeologia” to designate a discipline concerned with the study of ancient monuments in his Miscellanea eruditae antiquitatis. The British Archaeological Association began publication of The Archaeological Journal in 1844. Archaeology as a new word was by then fully established in English. In both these cases the word was spelled with the 'ae.'
Regardless of that long history, the GPO style influenced university presses and boards of editors, notably at Chicago, Columbia and Yale. In turn, their spelling styles influenced the archaeologists who published with them, some of whom began to teach their students that the 'e' spelling was preferable to the 'ae' one. And there have been rumors about what the different spellings mean! For some archaeologists, the two spellings symbolize competing aspects of the field. The supposedly antiquated spelling with the 'ae' is supposed to connote classical or a humanist-oriented archaeology, while the supposedly modern 'e”'is thought to suggest anthropological or a social science-oriented practice. There logically is no such significance to the spelling.
"You can see the spelling used by The Society for American Archaeology. Not surprisingly, the U.S. National Park Service has archeology programs. But, oddly enough, one of the most important national laws protecting our archaeological heritage is indeed the 'Archaeological Resources Protection Act' passed by the U.S. Congress in 1979. Go figure," Little suggests.
In the tradition of printers, and linguists, and printers, and editors — I am going to spell it whatever way, my wind blows at the the time I'm spelling it.
Posted by ___ Restless Native at 2:11 PM