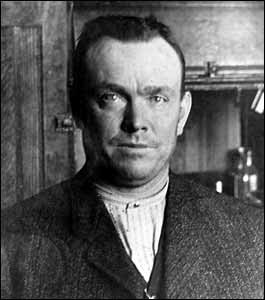 Orchard confessed to playing a violent, and ultimately, decisive, role in the Colorado Labor Wars

By Rob Carrigan, robcarrigan1@gmail.com
Relating the twisting story of union boss “Big Bill” Haywood recently, it was made clear to me that I mustn’t forget the tale of Harry Orchard, the “Mad bomber of Cripple Creek.”
But according to Orchard's own "Confessions and Autobiography of Harry Orchard," it all started in Telluride.
It was Harry Orchard’s confession to Pinkerton detective James McParland in February 1906 that tied "Big Bill" Haywood and other union officials to the bombing of Independence rail platform, the bombing deaths of two miners in the Vindicator, and the murder of former Idaho Gov. Frank Steunenberg.
“I awoke, as it were, from a dream, and realized that I’d been made a tool of, aided and assisted by members of the Executive Board of Western Federation Miners. I resolved, as far as in my power, to break up this murderous organization and to protect the community from further assassinations and outrages from this gang,” his confession said.
Orchard’s real name was Albert Horsley and he grew up on an Ontario farm with seven brothers. He was also known to use the alias Thomas Hogan. He left Canada, after several years working in a cheese factory, when he was about 30 years old.
Working eventually in a silver mine in Burke, Idaho, Orchard joined the WFM and was among the thousand or so miners that hijacked a Northern Pacific train and then blew up the Bunker Hill concentrator, killing two men. According to his own admission, he was one of two who placed the dynamite and then lit the fuse.
“Orchard’s career as a paid union terrorist began in 1903 when he blew up the Vindicator mine in Colorado, again killing two men, for a fee of $500,” according a biography by faculty of the University of Missouri at Kansas City School of Law. “Six months later a bomb planted by Orchard at Independence train depot exploded, killing 13 non-union miners.”
In the same testimony, he also told of unsuccessful efforts to kill the Governor Peabody of Colorado, and two Colorado Supreme Court Justices. Also he admitted additional murders including deputy Lyle Gregory, of Denver, and the attempted poisoning and then successful bombing of Bunker Hill mining manager Fred Bradley in San Francisco.
Oscar King Davis of the New York Times described Orchard’s testimony in the Haywood trial as follows:
“Orchard spoke in a soft, purring voice, marked by a slight Canadian accent, and except for the first few minutes that he was on the stand, he went through his awful story as undisturbed as if he were giving and account of a May Day festival. When he said, ‘and then I shot him,’ his manner and tone were as matter-of-fact as if the words had been ‘and then I bought a drink.”
Orchard was tried and convicted in March 1908 for the murder of former Gov. Frank Steunenberg. He received a death sentence but it was commuted to life in prison by Judge Fremont Wood and the Board of Pardons and he served out his life sentence, raising chickens and growing strawberries, in Idaho State Penitentiary until his death in 1954 at age 87. 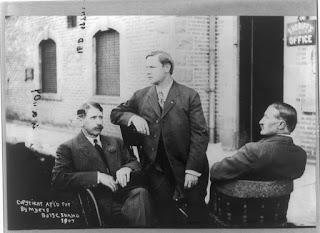 Albert E. Horsley, Alias "Harry Orchard"
Albert Edward Horsley, who throughout his life he used many aliases,  including Harry Orchard, Thomas Hogan, Demsey and Goglan, was a one-time mine owner.
In 1897, Harry Orchard, along with August Paulsen, Harry Day, May Arkwright, butcher F.M. Rothrock, lawyer Henry F. Samuels and C.H. Reeves, invested in the Hercules silver mine in Idaho.  A decade later, Orchard's ownership of a share in the mine would be used in an effort to impeach his testimony in a murder trial.
By 1899, Orchard was among the thousand miners who hijacked a Northern Pacific train on April 29, 1899 and then blew up the Bunker Hill concentrator, killing two men.  Orchard was one of the miners who planted the dynamite and lit a fuse.  Six months later a bomb planted by Orchard at an Independence, Colorado train depot exploded, killing 13 non-union miners.
In his testimony, Orchard also told of other planned killings that for one reason or another did not succeed, all ordered, he claimed by Haywood and Pettibone.  Among the unsuccessful efforts were the assassination of the Governor and two Supreme Court justices of Colorado and the president of the Bunker Hill Mining Company.  The reason for Orchard's life of union terrorism is not entirely clear, but was most likely the result of a combination of factors--anger at mine operators and scabs, union loyalty and greed.
According to "The Third Millenium Online," and other sources, Harry Orchard was a complex individual who apparently had sought opportunity working for both sides in labor disputes.
"Orchard confessed to playing a violent, and ultimately, decisive, role in the Colorado Labor Wars.  During the Haywood trial Orchard confessed to serving as a paid informant for the Mine Owners Association.  He reportedly told a companion G.L. Brokaw, that he had been a Pinkerton employee for some time.  He was also a bigamist, and admitted to abandoning wives in Canada and Cripple Creek.  He had burned businesses for the insurance money in Cripple Creek and Canada.  Orchard had burglarized a railroad depot, rifled a cash register, stole sheep, and had made plans to kidnap children over a debt.  He also sold fraudulent insurance policies.  Orchard's confession to McParland took responsibility for seventeen or more murders," it was reported.
Orchard also tried to help McParland build a case by implicating one of his fellow miners from the WFM, Steve Adams, as an accomplice.  The effort failed, but it revealed interesting details about the methods McParland used to induce defendants to turn state's evidence." 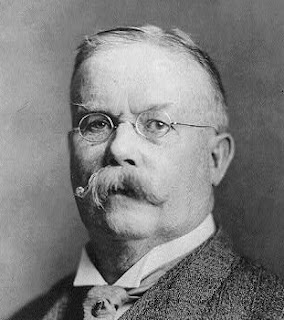