Just water over the dam 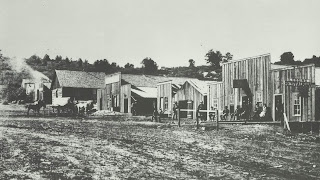 I struggle sometimes, putting things back together in my head, but enjoy the exercise so much, I tend to travel there. Maybe it is a bad habit, or a good one. Maybe it is just water over the dam. But it certainly enchants the murky, mental, muddy water in a morning's wanderings. We become what we do over and over again — try to remember stuff and tell a story about it.  L.M. Montgomery wrote in The Story Girl that “Nothing is ever really lost to us as long as we remember it.” 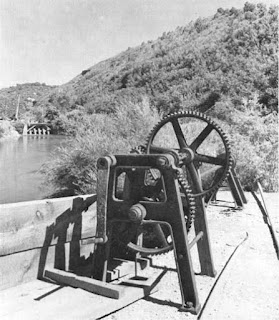 Over on Eighth Street in Dolores, one block over from where I grew up, at the corner of Central (or Main Street at time) the Highway 145 Drive-In had pink naugahyde thrones around a aluminum edged formica counter up front in the kitchen area. That generally was not what you remembered, but the soft-serve cones, and the French fries, and even the burgers, somehow made a lasting impression on a kid eight, nine, ten... years old at the time.
Seems like there also was knotty-pine paneled walls in adjoining room, slightly larger, with rickety tables, and marginal western art on the wall. Two entrances on the white-sided exterior, one on the corner and a side entrance opening into the paneled 'dining area,' defined what kind of customer you were, I guess.
It has been a long time, but even a kid that age could sometimes scrounge enough pocket change from selling coke bottles, or digging in sofa cushions, to afford the soft serve. Maybe you had wait for a cub scout special meeting, or some other trouble, to eat burgers and fries in the dinning room served by a harried high school waitress, between coffee top-offs at the counter.
The place was later a print shop, and maybe other things, but for me, memories gravitate to that restaurant of yesteryear. Other locations fade in and out — lap at banks on the water's edge. 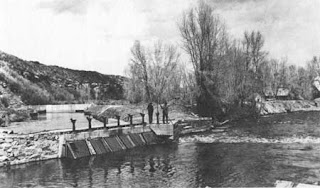 Water, especially river water, is an odd, driving force and difficult to explain. It keeps moving and changing, defying a written representation, or account of a person. Along its banks, structures, life and times all change with it.
The whole town moved. Big Bend to Dolores. Picked up its buildings, and life and times and relocated a couple miles up river. Harris Bros. Mercantile, (later to become Taylor Hardware) migrated to meet the railroad. Memories relocated. Dreams re-evaluated. Streams changed course. 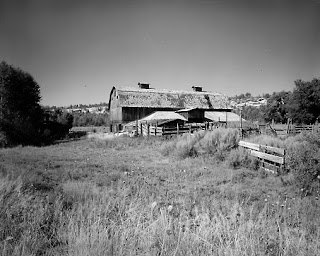 "Members of the Montezuma Valley Irrigation District were discouraged by the continued bankruptcy of the district and the poor service and maintenance but surprisingly their spirits lifted with the beginning of the Montezuma Valley Irrigation Company in 1920. Charlie Porter, a director of the Montezuma Valley Irrigation Company, summed up the situation, says Maureen Gerhold, in The River of Sorrows: The History of the Lower Dolores River Valley.
"It wasn't set up to make enough money to pay the toll, so up 'till 1920 it was a history of little companies going broke, farmers not doing well enough to pay their ditch companies and they needed water everywhere. They formed more companies and borrowed more money and went into default, and it was in the 1920's before our ditch companies got on a decent basis at all," Gerhold quotes Porter.

"Settlement of the Montezuma Valley in southwestern Colorado was made possible in the 1880's by the construction of the Montezuma Valley irrigation system. Organized by James W. Hanna, the system consisting of a tunnel (5,400 feet long), "Great Cut," siphons and wooden flumes channeled water from the Dolores River through a steep divide. The system constitutes one of the earliest large scale, privately funded and continuously operating irrigation projects in the Southwest, Gerhold writes.
Though diversion of the river began long before.
Dry as we were, for centuries, folks tried to get water to a place where it could be used effectively.
"The crude stone terraces or check dams of the Anasazi cliff dwellers, the first to practice irrigation in this area, can still be seen in Mesa Verde National Park. The Navajos also used a primitive form of irrigation to adapt to the climate and geography.  In 1852 the Mexican American settlers in the San Luis Valley began the oldest continuously operating irrigation system in Colorado," notes Gerhold. 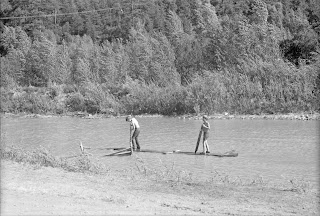 Years ago, the raft races dropped down near the old dam and rafters struggled down there, I recall. The old headgate mechanism was of interest to a youngster, with gears, and cogs and wheels that would make any steampunk proud.
Not far from the shadow of ol' Blue Robinson's barn, the canal meandered, and the old steel bridge crossed the the river at the bottom of Ritter Hill. The lizards and a few rattlers sunned themselves on the flat layers of rocks in the pinion and juniper near the top as you descended the hill. Sometimes you could point them out with your chocolate-covered fingers, on the rocks from the road, through the rolled-down windows, of a car freshly stocked with candy bars and Cokes from the Three Cornered Store.
The pot-bellied stove in the store had been surrounded by loafers in overalls, trying to remember stuff, or make up new stories — if they struggled to put it together correctly in their heads. Perhaps, it was a good habit, or a bad one. Along a river's banks, streams change course. Structures, life and times all change with it.
Maybe it was just water over the dam. We become what we do over and over again. Nothing is lost if we remember it. 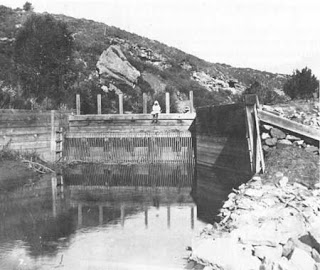 Photo info:
1. Big Bend, about 1887.
2. Headgate mechanism controlled intake to tunnel.
3. Cement structure replaced wooden diversion stucture about 1949.
4. The barn at the old Ritter ranch.
5. Andy Pleasant and myself, on a makeshift raft near the river in Dolores.
6. The original wooden headgate in Dolores River valley.