Telling it with truth, meaning and compassion 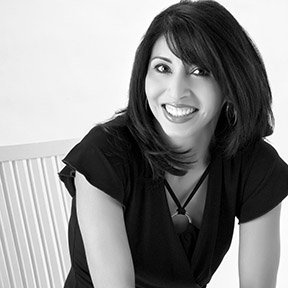 In addition to all her other fine qualities, two remarkable things jumped out to you in an encounter with reporter Lisa Collacott, 48, who died Oct. 30 after a long illness.

First, was her unwavering determination. Determined to find the facts, present them without error, tell it with truth and meaning.
Also, there was the compassionate voice in her storytelling.


Those truths held also in her everyday life as a mother, wife, neighbor and friend.

“Last night, I lost my sweet beautiful love,” wrote John Collacott, her husband of more than 20 years, on Saturday morning.

“She fought for the past year to defeat the disease that ravaged her body.  She fought for her children Daniel and Dominique. She wanted to live for them.  I could not have asked for a better wife than her. She was perfect in every way and only wanted honor God, our marriage and be everything that a woman can be. She never complained about the disease, but it took everything from her. She is now at peace and dancing with the Lord in her new body in Heaven. She passed last night, 10-30-15 at 5:25 p.m., surrounded by her family and peacefully.  I will have bitter sorrow as I grieve her loss and learn to live without her.  I love you Lisa, and miss you greatly.”

Lisa’s struggle, and her own story, was epic. In September  of 2013, after struggling for years with physical difficulties, a doctor at the Mayo Clinic  informed Lisa and her family she had Amyotrophic lateral sclerosis, or ALS. Since 1939 the disease has more commonly been known as Lou Gehrig’s disease.

Of her physical difficulties, Collacott wrote several columns where she shared with her readers about a brain surgery she had in 1996 to remove an arteriovenous malformation, which was congenital.

As her condition worsened in recent years, she began to see neurologists. She was first told by doctors at University of Colorado Hospital in Denver that her neurological problems were a result of scar tissue built up in her brain, prior to the ALS diagnosis.

For the Tribune (and on occasion, the Courier), Lisa jumped at the chance to tell stories of impact and importance.

Whether is was reporting the issuance of an arrest warrant for “Dog, the Bounty Hunter,” or tackling the difficult stories in the aftermath of the Black Forest Fire, she wanted to have impact.

She earned numerous awards and accolades for her coverage over the years, including helping the Tribune to win general excellence two years in row, (the top combined award in Colorado Press Association’s annual Better Newspaper Contest).

Even when she told her editor with tears in her eyes that she was going to have to resign to work on getting healthy, she provided the qualifier, “But if something breaks in the Dylan Redwine case, that story is mine.”

The same steadfast determination was reflected in the pride of her children at graduations, school events, and sporting competitions, and in the general, everyday accomplishments of her family.

In one of the last stories Lisa wrote for the Tribune about the Palmer Lake Star she said: “Even during the country’s times of tribulation, the Palmer Lake Star has continued to shine brightly. Through wars, economic hardships and terrorist attacks, the star has been a symbol of hope and perseverance to the Tri-Lakes community.”

Like the local star on the hillside, Lisa Collacott’s unwavering determination, compassionate storytelling voice, and pride of family —  in the presence of great difficulty, will be greatly missed.