After lunch, sit a while. After supper, walk a mile. 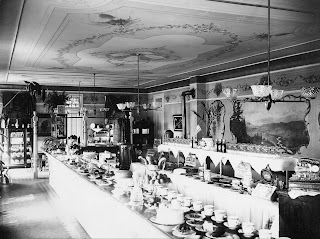 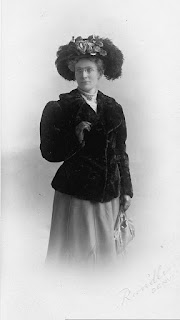 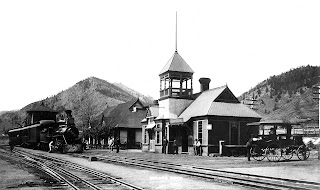 It has been much more than 100 years, but good health and lunch has always been important in Palmer Lake.
Former car conductor John Reed Judd, and his wife Annie, came to Colorado on advice of their doctor. Annie suffered from chronic anemia.
"Judd's uncle, Irish Haddock, who owned the Cliff House in Manitou Springs, suggested the couple settle in Palmer Lake. In 1890, Judd was elected mayor and in 1898, he became the proprietor of the Palmer Lake Lunch Counter, which became known as Judd's Eating House," according to the Palmer Lake Historical Society.
"Also plagued with ill health, John Judd unsuccessfully sought a diagnosis from California and Oklahoma doctors for what ailed him. Never, really pinning it down, he died in 1914, and left Annie to manage the restaurant. In 1929, the restaurant was sold and Annie kept only the dishes marked "Palmer Lake" and those that had been preserved for General Palmer and Teddy Roosevelt," said Palmer Lake Historical society documents.
An advertisement touting the eatery about 1890, tells the story.
"PALMER LAKE LUNCH ROOM!," screams the headline. It goes on with colorful descriptions to entice customers.
"On the line of the Denver and Rio Grande, Missouri Pacific, and the Rock Island Railroads, John L Judd, prop. Palmer Lake Colorado. All passenger trains stop here for lunch!
Lunches for picnics, pavilion for dancing, boats for rowing or sailing, on the most beautiful sheet of water in Colorado. Palmer Lake is pre-eminently one of the GEMS OF THE MOUNTAINS, and together with its rocky glens, presents one of the most beautiful and picturesque grounds for picnics or other parties in the state."
Alan Lewis, in his book "Railroads of the Pikes Peak Region," says the railroad list allows placement in time of the advertisement.
"The mention of the Rock Island as one of the railroads serving Palmer Lake dates this advertisement to about 1890. With over a dozen trains per day, John Judd had plenty of customers, and the dances and picnics held on the weekends attracted even more visitors," Lewis said.
The Town of Palmer Lake purchased the lake, reservoirs and water rights form the D and R.G. Railroad in 1982.
"The Railroad opened for passenger and freight business on January 1, 1872. The Palmer Lake Depot and Judd's Eating House were built on the west side of the lake in 1882," another reference in Palmer Lake Historical documents says, though it may have originally been run by someone else, rather than John Judd and his wife Annie.
"The Atchison, Topeka and Santa Fe Railroad laid tracks and opened their station on the east side of the lake in 1887. During WWI when the U.S. government took over management of the railroads, the two lines were consolidated. Northbound trains were sent over the Santa Fe tracks and southbound trains used the Rio Grande tracks.
As automobiles became the principal means of travel, the use of passenger trains dwindled and both stations were torn down about 1940.
A small station was moved to Palmer Lake from Pring in 1936 and run by Henry Rasmussen. It was closed in 1967 and moved to South Park.
The last regularly scheduled steam locomotive came through Palmer Lake in 1962 and it belonged to the Colorado Southern Railroad. 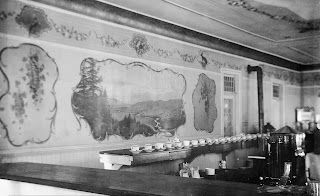 photos from The Vaile Museum