The first fifty of the Courier, and more 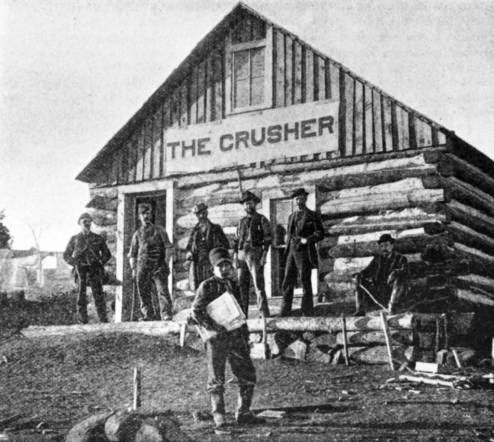 The Ute Pass Courier announced the winners of the Man of the Year Contest in the Jan. 7. 1965 edition of the paper.
"We were rather dubious about anyone taking it seriously," wrote then publisher Agnes Schupp at the time. "Would any votes reach the Courier office?"
She answered in the next graph.
"Yes, indeed! The Reverend Micheal Kavenagh voted into first place unanimously by a flood of votes. We asked for a 'reason.' Perhaps the best one found lying on the desk one noon;"
"Us kids want Rev. Micheal Kavenagh to be The Man of the Year. We waited in your office but you wasn't here. We got to tell you why. Well — We like father Kavenagh because he is him."
Right behind Kavenagh, is Pete Brown for "going right ahead, not caring if people agree with him or not. He believes is progress and growth of this area and he wants everyone to prosper — not just himself," the paper reasoned.
Not far behind was Bert Bergstrom, of which it was noted "Bert has lent a helping hand whenever and wherever it is needed. Bert never cause much commotion — he is just a good guy."
The paper offer congratulation to these men but identified a possible improvement in the project for coming years. "I still think there should have been a Woman of the Year — and our votes would have been cast for Mrs. Hunter Caroll."
Strangely, this was only Publisher Schupp's first year of year of running the Ute Pass Courier and she was willing to try new things.  In fact, it was within the very first year of existence of the Ute Pass Courier.
That's right, the paper is now in its 50th year. We plan to mark that accordingly.
The first edition of the paper hit the streets on July 23, 1964.
"A morally bankrupt publisher, who was printing the short-lived Woodland Park paper called the Eagle, skipped town with the subscription money from local residents after 10 issues," according to later articles in the Courier.
"Manfred (Monte ) and Agnes (Ag) Schupp saved the paper from scandal and early demise," reported the Courier at the 25th anniversary of the publication. "About one month after he stole out of town, the Schupps put out their inaugural edition of 500 copies. Staff included Tom Bonifield, then owner of Woodland Pharmacy, and M.E. "Pete" Brown, who owned the Browncraft Steakhouse. He was later instrumental in establishing Langstaff-Brown Medical Center."
The paper was first printed in La Junta and was taken there by bus and returned Thursday mornings for distribution.
"The driving force behind the Courier, Agnes (also a mother and free-lance writer) often used her kitchen table as the production room for the paper," the paper reported later. "She suffered from a heart condition which was aggravated by the area's high elevation, and during her failing health she sold half interest to Maureen Jones in the fall of 1965."
Agnes Schupp died of heart attack June 19, 1966, and Manfred and Jones sold full interest to Roy and Carol Lee Robinson Sept. 1, 1966. Publisher, editor and reporter for 12 years, Roy Robinson received many honors and awards from Colorado Press Association for the paper's overall progress. During his tenure, the Courier was published in Cripple Creek along with Cripple Creek Times, then owned by his father, B.G. Robinson.
The paper, later published by notable mainstays of Woodland Park, Gene and Carol Sperry,  and others, (a complete linage will follow in coming editions as we gear up to celebrate over 50 years of serving Teller County and the Ute Pass region). The publication has many locations over the years, finally residing in the building it is in now, since 1984.
The Courier became the Pikes Peak Courier View as the Cripple Creek Gold Rush was merged with it in 2007, and recently View was dropped to reflect its longtime roots. The Gold Rush (with ancestors of the Times, Record, Citizen, and others) traced it roots all the way back to Cripple Creek Crusher, born Dec. 4, 1891, of which this year marks 124 years. To most locally, we have always been the Courier.
Look for details of our first 50 years of history here on the flanks of Pikes Peak, and the businesses, sources, readers, advertisers, and friends who helped make it possible in coming editions.  And  we will offer clues on where we are going for our next 200 years. Yes, indeed!