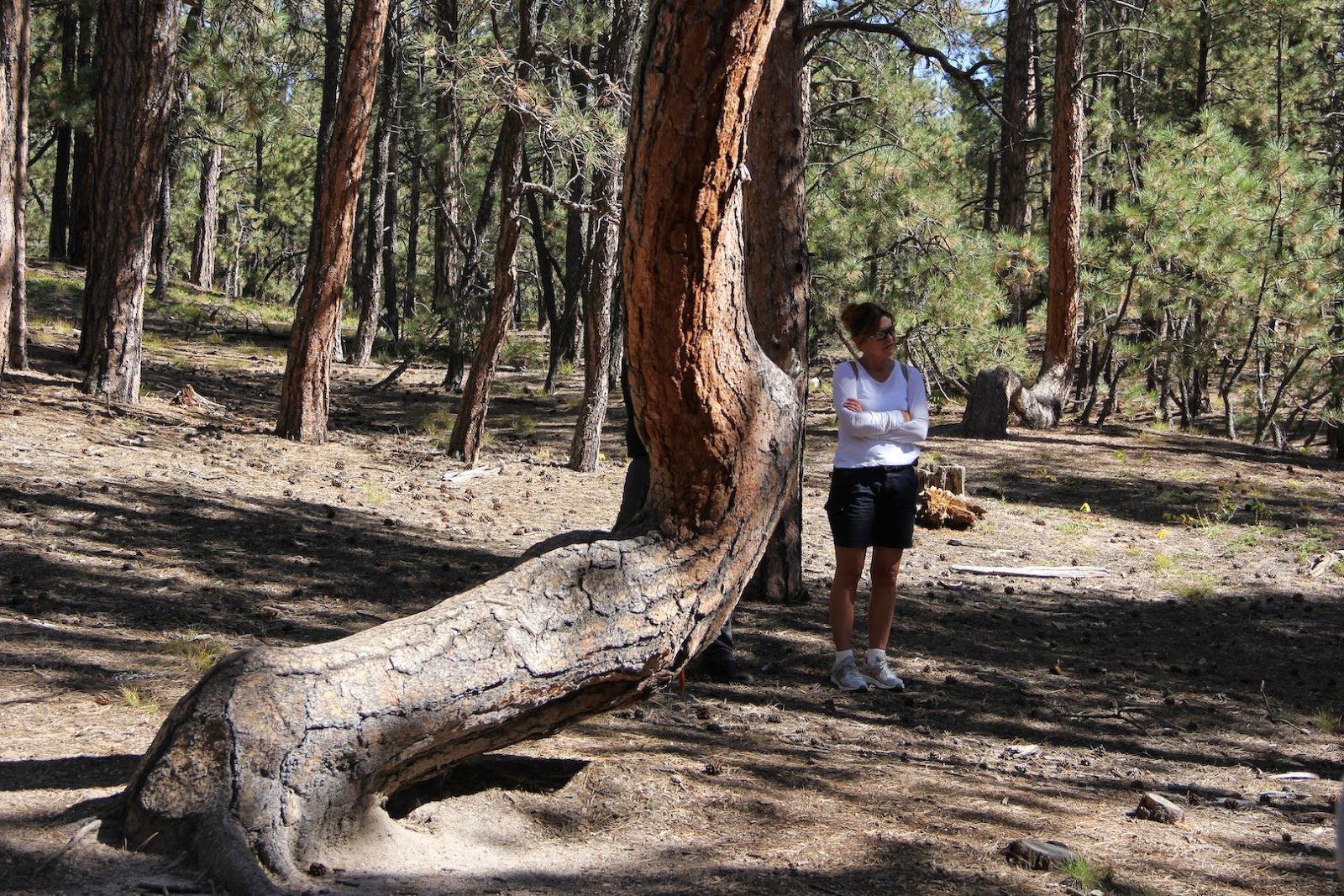 It makes some sense, that if you wanted to tell a story to your children, and your grand-children, and perhaps their children, and their children’s children — you might tell that story to a Ponderosa pine tree.
Culturally modified trees (CMTs) might be the form such stories take locally, and former El Paso County Sheriff John Anderson tells the story of the story tellers in a recent book.
He also has conducted tours and hikes centered mostly on reasons that the Utes, Native Americans inhabiting this area, might have modified area trees.
He says the Utes had different reasons for modification including navigational, medicinal, nutritional, educational, burial or spiritual purposes. He cautions, however, that other things, like heavy snow fall, lightning, and natural forces can also alter the way a tree might grow.
With recent local fires, in Waldo Canyon, the Black Forest area, Hayman and around the state, it is important to preserve such cultural resources as they are continually damaged or destroyed by man and the ravages of nature.
“It’s becoming critical that we find out now what we have in terms of living resources and document them,” said Rick Wilson, then chief ranger at Florissant Fossil Beds National Monument nearly a decade ago.
With beetles kill; drought and fires as a constant threat; and even foresters, carrying out fuel-reduction programs, the cultural record of American Indian activities and lifestyles could be lost forever.
The Ponderosa Pine is the major species used for dendrochronology, or tree-ring dating, to study historic climate patterns by reading the width of tree rings. In wet years, trees grow wide rings. In dry years, the rings are narrow. Reading tree ring widths from the roof beams of cliff dwellings and other Indian ruins has allowed archaeologists to precisely date their construction.
Native Americans ate the seeds of this tree either raw or made into a bread and used the pitch as adhesive and waterproofing agent for canoes, baskets and tents. Ponderosa Pine lumber is highly valued for constructing cabinets, Southwestern-style furniture and house trim.
Locally Ponderosa Pines have been scorched or killed by recent forest fires. Though ironically, without the forest fires, Ponderosas would not be able to survive.
Fires are essential for Ponderosas because they help keep the more shade-tolerant tree species from invading Ponderosa Pine’s preferred habitat. While small Ponderosas may succumb to a hot fire, only the most horrendous crown-fires or firestorms will kill the bigger trees. Even if all the needles are burned off the tree, it will still survive. Its thick bark acts like an armor, protecting the life force of the tree known as the phloem layer. As long as this inner bark that transports sugars isn’t burned, the tree will survive.
Ponderosa Pine trees will live as long as 800 years, which is a considerable shelf life for most stories. 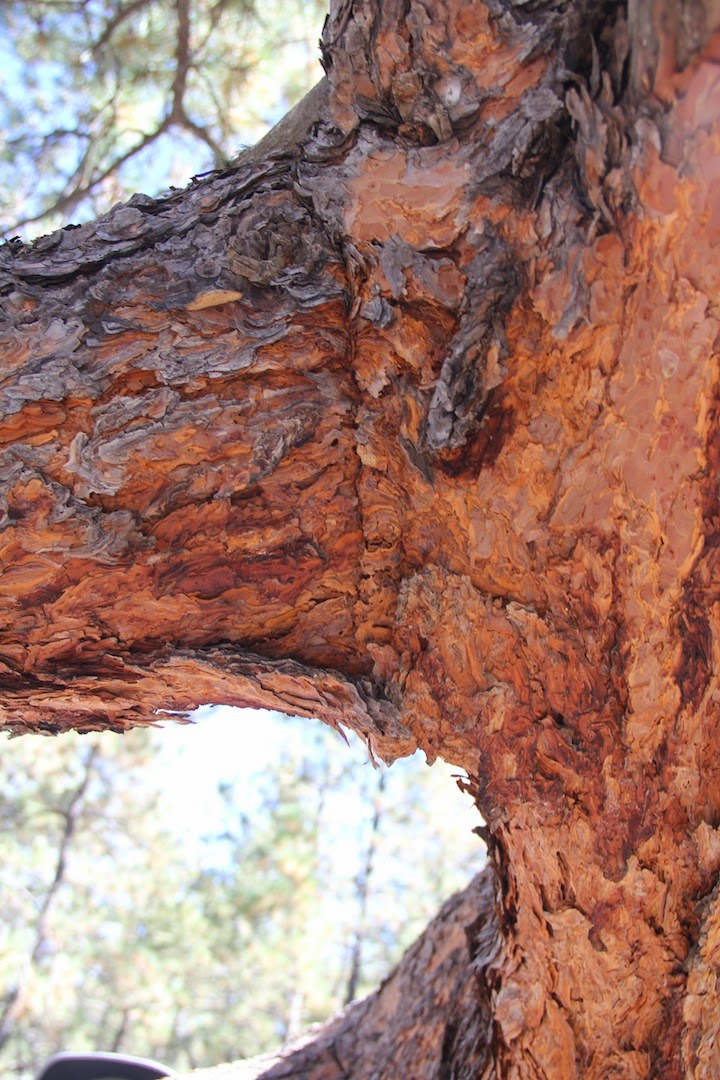 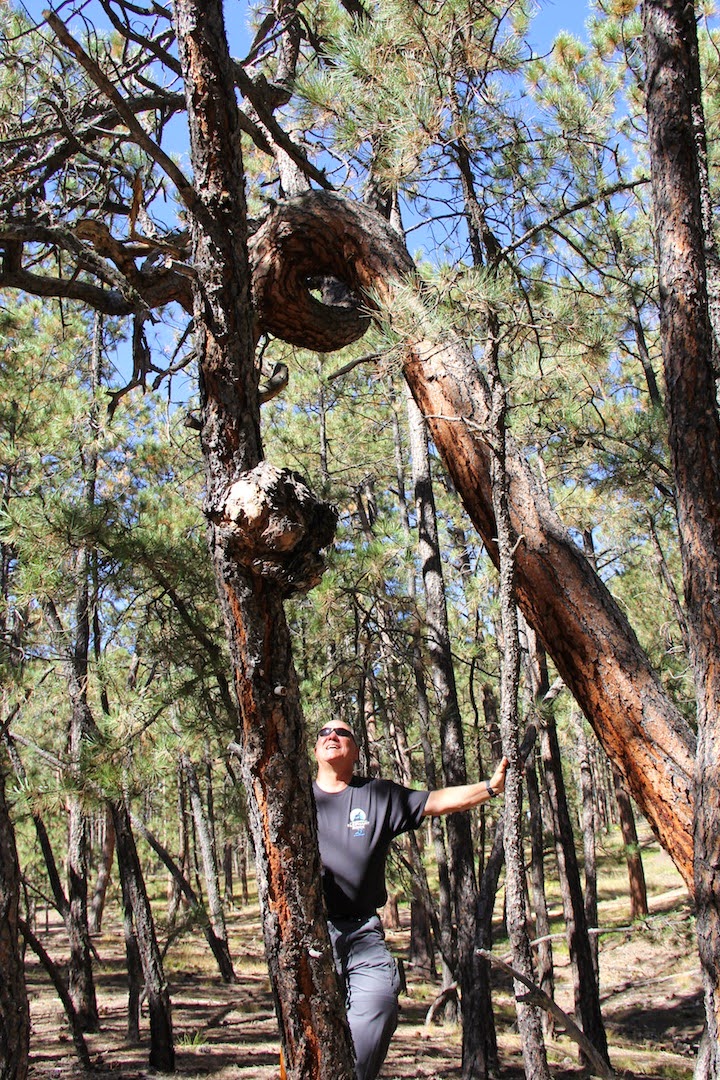 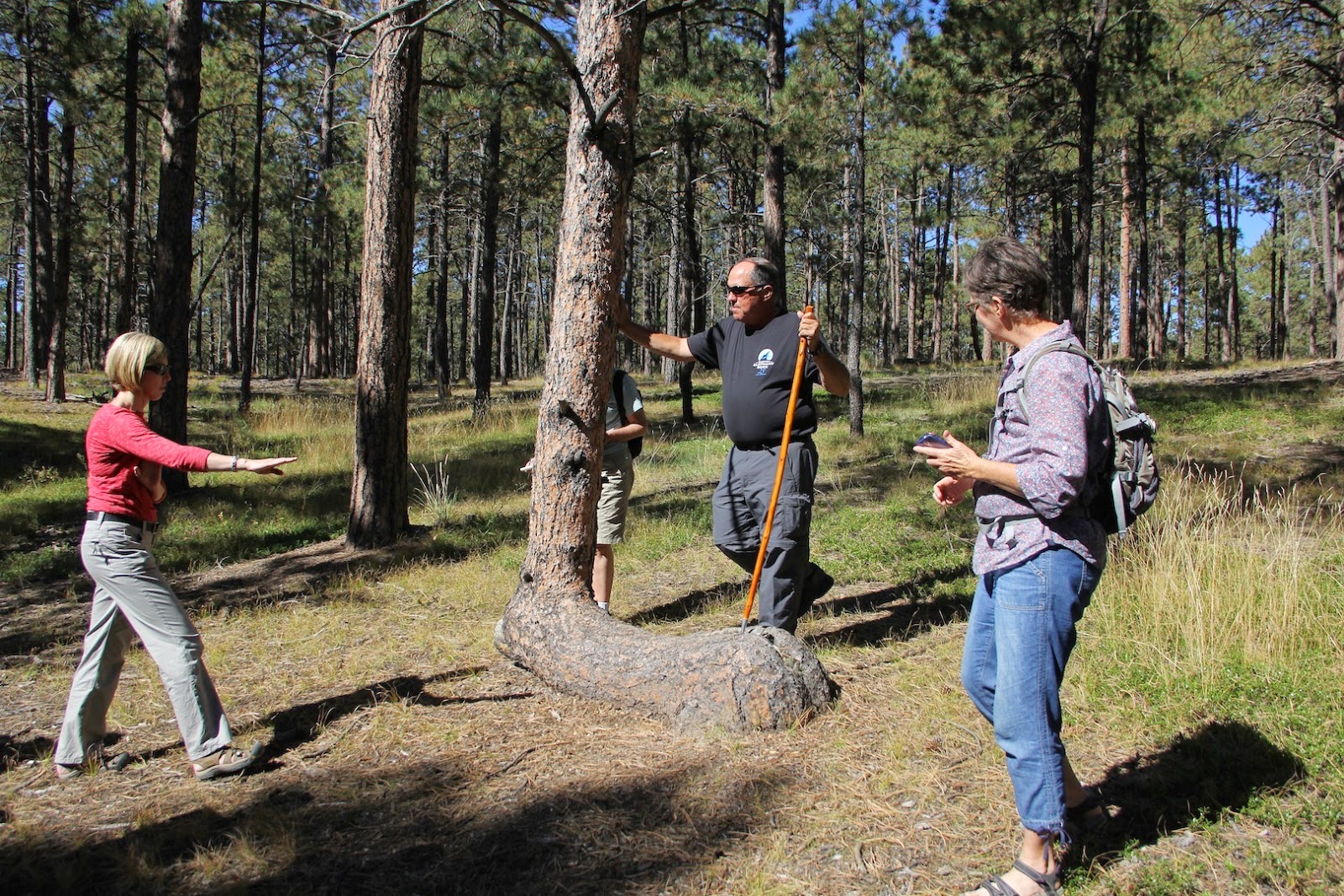 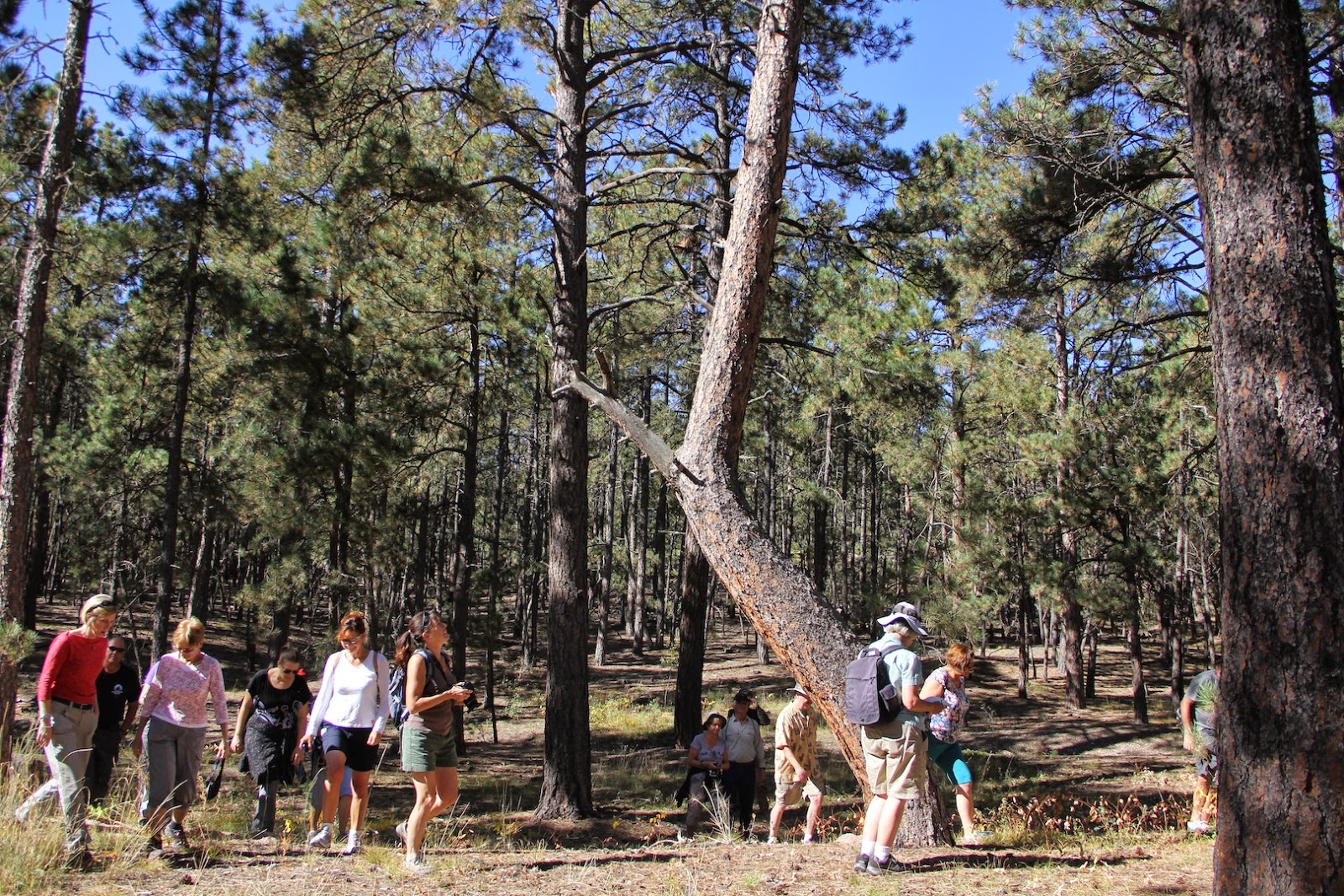 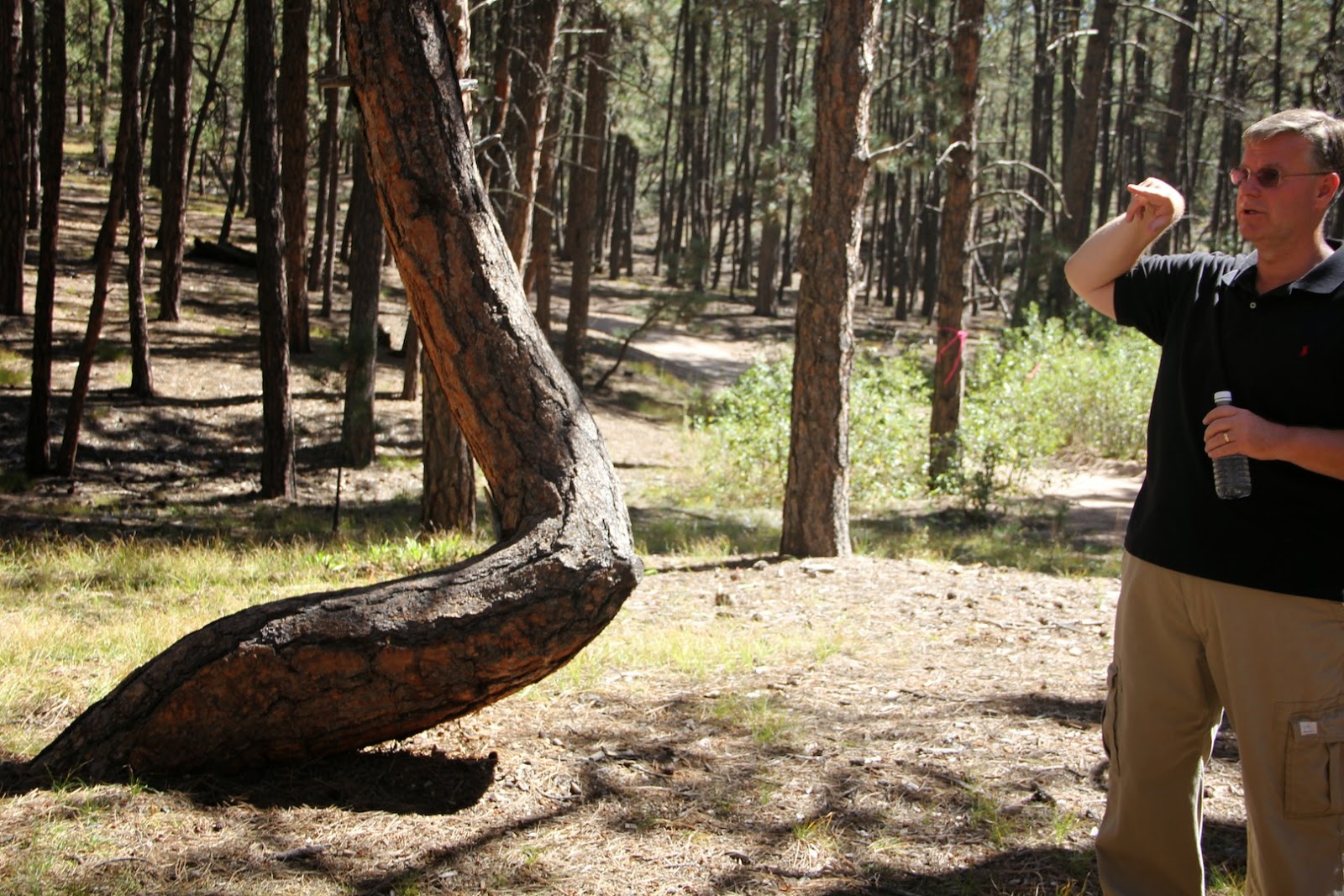 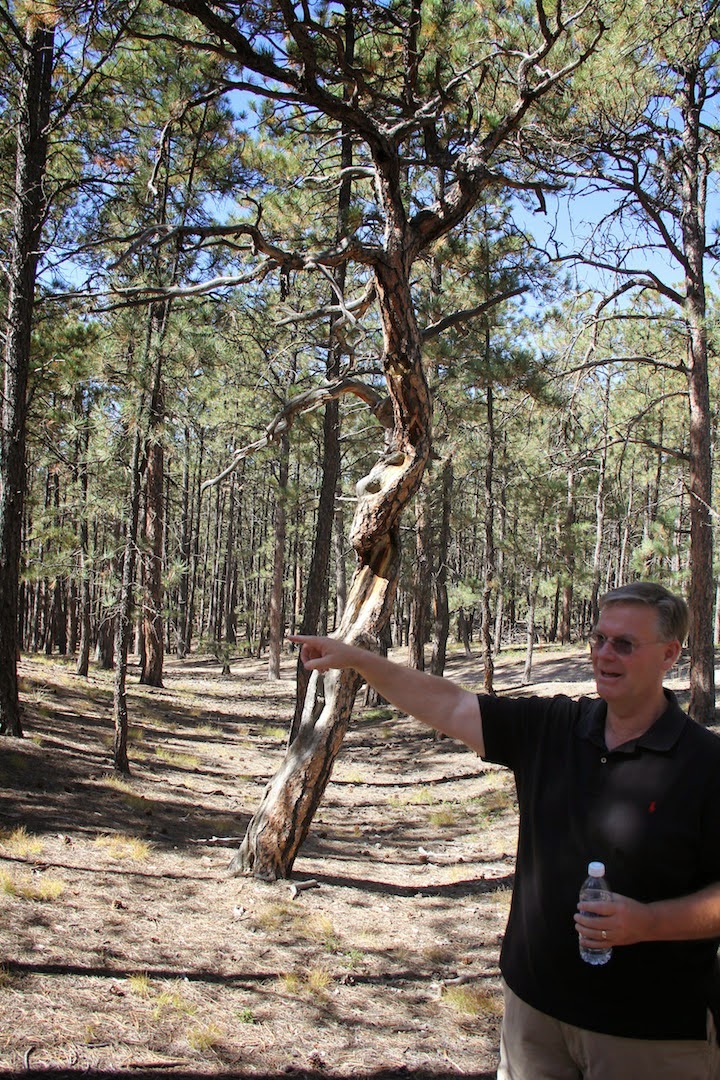