Haunted by the ghosts in town 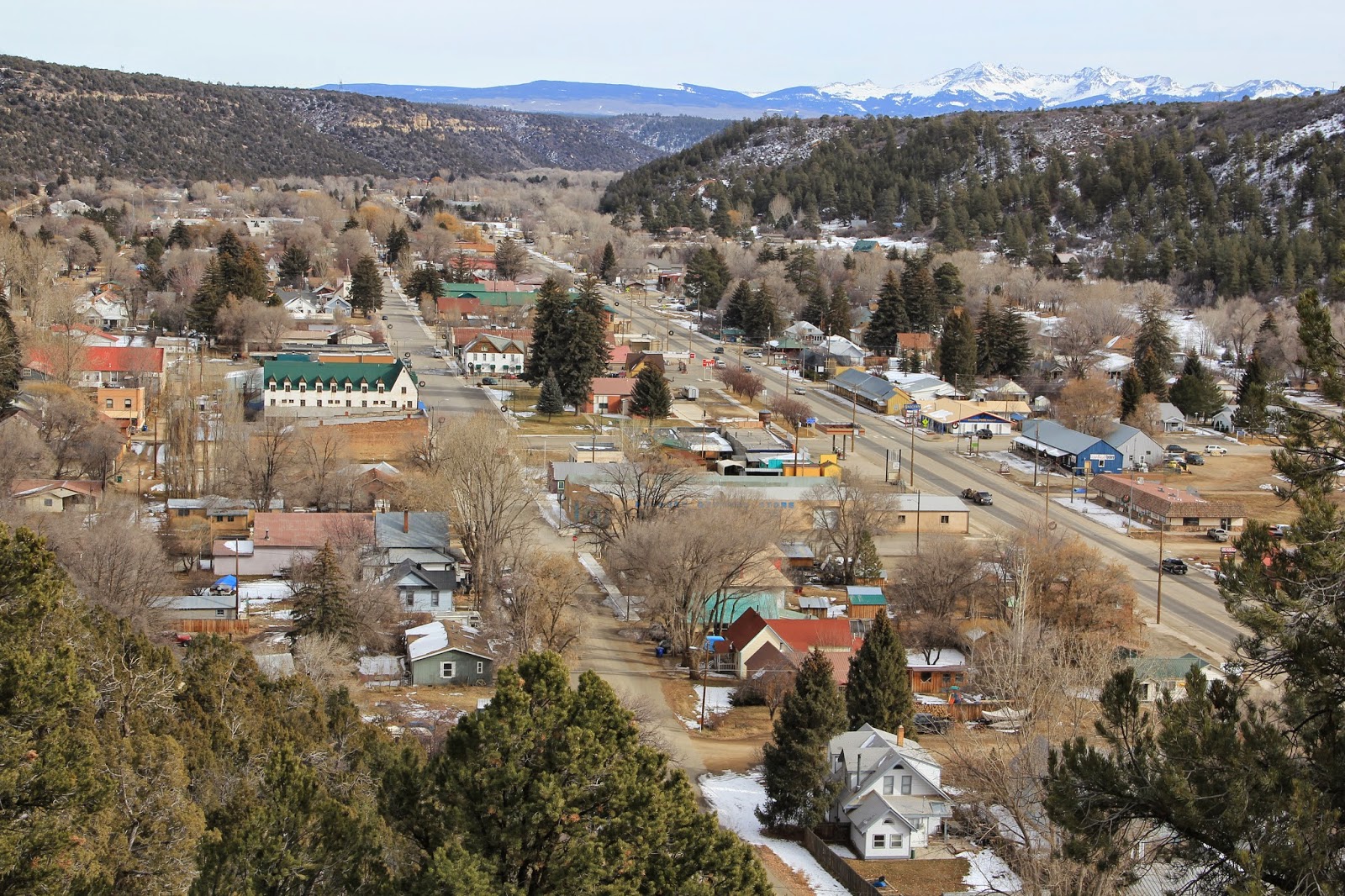 Always, the river defines the valley, and the ridges on each side.

I am haunted by the ghosts of this town.
At the first of the year, I stood on the hill, looking down through valley and thinking how familiar this all was... But now also, how surreal.
It had been years since I had been in town at all, and longer than that since I stood on the hill.
The place doesn't change much. Guess that I had changed a bunch. Or at least the fabric around me.
Years ago, I might have been standing there with Lynn Leavell, James Biard, Mark Thompson, Rusty Hector, Scott Weinmaster, Brent Hamilton, Andy Pleasant ... or maybe even Ed McEwen, Edena Akin,  Jay Dee Burns, Chuck Randall, Micheal Billie.
Always, the river defines the valley, and the ridges on each side. I can look down and pick out my former boyhood home on the corner of Seventh Street, and Hillside Avenue, the empty lot where I once worked for Taylor Hardware, the building where the garage was in which my dad worked, even far off in the distance, the old football field and rounded rib beams of the old gym.
Climbing up, to get an even better view I stumble over a blue, glass telephone insulator laying in the gravelly, blue-yellow dirt by a couple of Yucca plants and the Mountain Mahogany.
I wondered if I strung some wire and hooked up the Groundhog line equipment I remembered as kid, with wooden boxes, bells and cranks ... I could dial up the past. Take me way back
"Father Fray Francisco Atanasio awoke somewhat improved, and in order to change terrain and climate rather than to make progress, we set out from the camp and Rio de San Lázaro toward the northwest. We traveled a little more than a league, swung west by west-northwest, and went five leagues through leafy forests and good pastures. Then we turned west, traveled two and a half leagues through a chamise thicket with little pasturage, went a quarter of a league to the north, crossed Rio de Nuestra Señora de los Dolores, and camped on its north bank. This river rises on the north slope of the Sierra de la Plata, and runs southwest to this place, where it makes a sharp turn. It is a little smaller than the Rio del Norte in this season. - Today a little more than eight and a half leagues," wrote Francisco Silvestre Vélez de Escalante, on August 12, 1776.

Not far from this very spot, hundreds of years ago. The next day, in the Diary and Itinerary of Fathers Dominguez and Escalante (English Translation), the padres found it hard to leave.
"We remained in camp, partly so that the Father might improve a little and be able to go forward, and partly to observe the latitude of this site and meadow of the Rio de los Dolores where we were. An observation was made by the sun and we found we were in 38° and 13 1/2' north latitude. Here there is everything needed for the establishment and maintenance of a good settlement in the way of irrigable lands, pastures, timber and firewood. On an elevation on the south bank of the river in ancient times there was a small settlement of the same form as those of the Indians of New Mexico, as is shown by the ruins which we purposely examined. Father Fray Francisco Atanasio felt better, and we decided to continue our journey next day,"Escalante writes August 13, 1776.

Ancient times settlements were looked at again by the archeologists, or 'Bonediggers,' (as we were prone to call them) from Washington State and University of Colorado. I recall Dr. Bill Lipe's visits, most afternoons in the hardware store.   Odd how the friars thought of it as "ancient," even a few hundred years ago. The padres followed the river for a while, to the North, as I did.
"We set out from the meadow and river of Dolores toward the north, and having traveled a quarter of a league we turned northwest for a league, and northwest by west five leagues through a somewhat difficult chamise thicket. We then entered a deep and broken canyon, and having traveled in it two leagues to the north, we arrived a second time at the Rio de los Dolores, which here runs northwest. We crossed it twice within a short distance and camped on the west bank, naming the place, which is a small meadow of good pasturage, La Asunción de Nuestra Señora. This afternoon we were overtaken by a coyote and a genizaro of Abiquiú, the first named Felipe and the second Juan Domingo. In order to wander among the heathen, they had fled from that pueblo without the permission of their superiors, protesting that they wished to accompany us. We did not need them, but to prevent the mischief which either through ignorance or malice they might commit by traveling alone any longer among the Yutas if we tried to send them back, we accepted them as companions. - Today eight and a quarter leagues," noted the entry of August 14, 1776.

Of all the changes, perhaps this northern swing has changed the most. The lake was a big deal when I was growing up. Tunnels moled. Gravel pits now under water, dig up parts of the graveyards to relocate, log off the gambel oak brush, houses abandoned, the old lumber town of McPhee submerged, dams built, lakes created, "Ancients" and their stuff recovered.
Like Fathers Dominguez and Escalante,  by now I've 'wandered among the heathen' for more years than I spent in the little town on the river.
But I recall the time and place fondly and intensely...  folks like my dad and mom, Merton Taylor, Don Ripley, Larry and Marilyn Pleasant, neighbors and even some of my girl friends (not that there were that many.) Old buildings, new shanties. Still, I find connections there on the banks.
Still, I'm haunted by the ghosts. I say their name, but can't always see or touch them. Always, they are there, part of the fabric.

We were there a work ago visiting friends. Always nice to see.

I Love your history, I was living there after my graduation from Dove Creek, CO in 1969. Then raising my kids in Cortez, Above Dolores was our playground. Then of course growing up with family foshing trips to Groundhog and Maramonte Lakes. My family has 7 generations buried in the Cortez area. So this is home to me and my family..