All depends on what the dog thinks of you 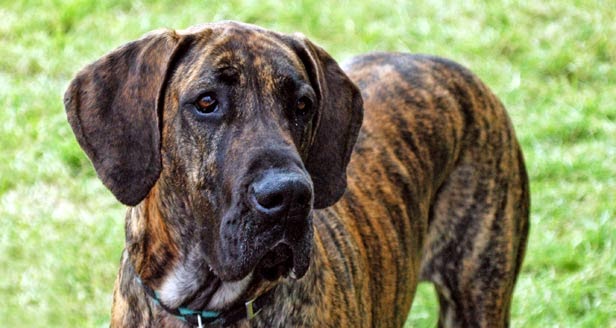 I never saw a dog that didn't like my dad.

My dad would always come up with these ridiculous theories about dogs and the true measure of a person.  He held that if a dog didn't think well of someone, there was good reason.
Over the years he had a considerable amount of experience of judging people this way.
The first dog that I remember in our family, was a singularly-focused Beagle by the name of Suzy.
No matter what the circumstance, you could not pull that dog off of scent.
Rabbits bedeviled her. Put her in the woods, and in a few minutes at most, she would begin a bay sequence that would would honor hounds of the centuries.
More than a few times, we were forced to physically remove the crazy Beagle from stimuli, (meaning carrying the psycho, obsessed animal out of the woods before her heart stopped). Bahr... bahr... Bahr... a bay every three seconds or so, and with an intensity and focus unlike anything we understand as humans. It ran though her blood.
Suzy had other qualities, like a protective nature (of a spayed female hound).  She positioned herself incognito, under the end table, next to where my mom spent a lot of time. Door-to-door salesman, totally unnerved. Jehovah's Witnesses ... completely demoralized.  Neighbors and friends... well, TRUE friends understood you had to put up with some barkin' and bayin'.
Another famous dog that befriended my father, was my younger brother's black Whippet-like, Labrador mix with an outlaw nature, named Shea. The only reason that animal put up with us Carrigans, is that at a very young age, while chasing elk on the hill above our house, it had acquired a bullet crease between its shoulders and the accompanying lesson of not to chase the local wildlife.
We were also close to the the Ponderosa Restarant's dumpster, and important convenience to an independent animal such as Shea.
Perhaps one of his greatest challenges for my dad was what to do about Amos?
Amos was a Great Dane, (also an outlaw, belonging to my brother originally) that had a record of tearing drywall out of garages and ripping up houses on whim.
Hard to handle, one of the salient stories of Amos, however involved his exodus, though the glass of my parent's front window, when he saw another dog that pissed him off.
That involved many stitches at the vet, and the realization that Amos does, pretty much what Amos wants.
But my dad loved that dog. People I don't even know, tell me how special it was, watching my dad take Amos for a walk in Dolores. It gave my dad focus and purpose for that monster to drag him around the river town. And it lasted for years.
Dad was starting to lose his focus by the time he met my hound dogs, but it was great to see his eyes light up when those two barkers made his acquaintance. His approval meant a lot to me.
Because, you know, according to his theory, the true measure of a person was what the dogs thought of them.
In all the years, with all the different dogs over time,  I never saw a dog that didn't like my dad.

This story could have been about my dad also. And I also believe that a dog (and young children for that matter) can tell good from not good people.
Enjoyed this story!!

yes Rob but remember how easy your dad was to like. I do however believe they sense stupidity