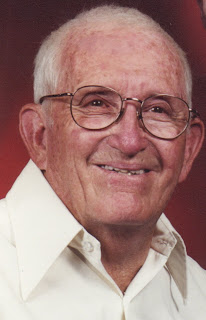 Carrigan was born November 15, 1928, and grew up in the Craig and Meeker area on his father's homestead near Thornburg, (on Morapos Creek) in Rio Blanco County, Colorado. He graduated from Meeker High School and attended Colorado State University, where he recalled sleeping in the Field House in 1946, with a student influx at the school following the end of World War II.

He worked first as diesel truck mechanic in the Detroit, Michigan, area for what he called "Cornbinder" or International Harvester, and in Idaho, Grand Junction, Montrose and later as an auto mechanic in Dolores and Cortez at Kinkade Chevrolet and Keesee Motor Company (among other places). For many years, Carrigan also operated a tow truck for area garages and retrieved damaged and broken-down vehicles on area roads and over the embankments, all over the Four Corners area.

He served two years in the United States Army during the Korean conflict, stationed much of that time at armored tank schools in Fort Knox, Ky.,  and locations in Japan.

Carrigan was married to Patsy Jewell Loveday, of Middlesboro, Ky., on May, 4, 1957, and they have been constant companions since, recently celebrating 56 years of marriage together.

Carrigan was active in town and school organizations, and attended events involving his four children, all of which graduated from Dolores High School, and served on boards and commissions including the Dolores Town Board and Dolores Fire Protection District.

A graveside service will be held Tuesday, Sept. 9, at 10 a.m. at Fort Logan National Cemetery in Denver. The family suggests memorial donations be made to Dolores Volunteer Fire Department, PO Box 599, Dolores, Colorado, 81323-0599.