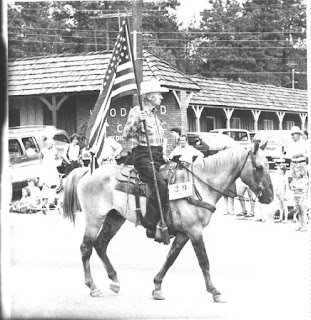 Bergstrom had his hands in about everything, Woodland Park

Jim Curlee of Cleburne, Texas, had the following recent remembrances, shared with me by email.
"Bert Bergstrom was a good friend of mine when I was stationed in Ft. Carson from '60 to '65. He did not associate with many soldiers but he did me. Bert kept me supplied with elk meat for many years.
He was the Game Warden when I knew him."
Curlee described how he befriended Bergstrom.
"Bert drove a Jeep station wagon with a rope winch on the front bumper. He used the winch to pull Elk up and down the hill in the High Country. It was a three-quarter inch treated Sisal rope I scrounged up for Bert and it filled the drum. Bert was proud of that rope. He used to lead people outside to show them the rope."
Curlee noted that the big Swede liked to dance.
"I travelled to Woodland Park one night a week and every weekend because it was cheaper to drink there. Bert loved to dance and he would pick up the girls and carry them around the floor. Their feet struck him about at his knees."
He also remembered the good times in then in Woodland Park.
"Bert donated the land for the Ute Trail Stampede just across the street from the bar. You could sit in the grandstands and watch the Rodeo or you could lift your eyes and watch Pikes Peak." 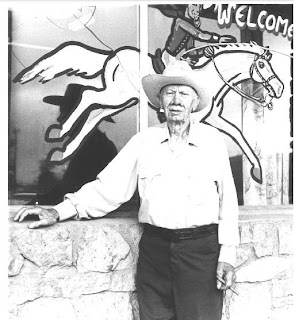 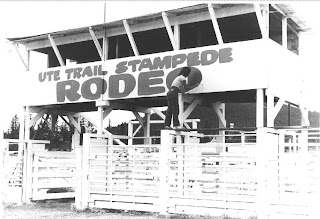