Falling bear and making no difference at all 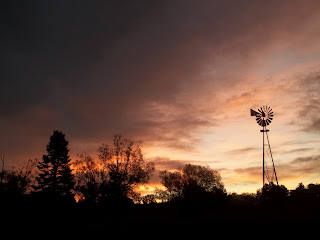 Death is weird thing to look at so closely

(Reuters) - A black bear made famous by an Internet photo of it falling from a tree after being tranquilized was struck by two cars and killed on a highway in Colorado this week, authorities said on Friday.
The 280-pound (128 kg) bear, which was tagged and relocated to the mountains about 50 miles from the city of Boulder last week, was killed on Thursday morning, Colorado Parks and Wildlife spokeswoman Jennifer Churchill said.
Last week, the three-year-old bear was spotted in a tree outside a student housing complex at the University of Colorado.
Crowds gathered to observe the animal, and a photographer with the school's student newspaper captured a shot of it with arms and legs splayed as it fell from the tree after wildlife officers shot it with a tranquilizer dart.
The bear was not injured in the fall. The photo went viral on the Internet and "the falling bear" even garnered its own Facebook page and Twitter account.
Despite being relocated to the mountains, the bear returned to the city and was killed about two miles (three km) from the campus, having crossed greenbelts and irrigation ditches in search of food, Churchill said.
Colorado State Patrol spokesman Trooper Josh Lewis said both cars that hit the bear "were totaled," and one of the motorists was treated for minor injuries.

It is the most horrible story I have ever had to tell, I think.
Until now, I have tried to forget it ever happened. Don’t even know why I’m even trying to get it out now, except maybe it will quit torturing me.
A year or two out of high school, in a crisis of confidence, I guess, I began an emergency medical technician course in at the Vo-Tech near where I lived at the time. I was already going to college, studying, of all things, history, but having a down summer and just then figuring out the world was not as it appeared as senior in high school.
I felt betrayed by that. Perhaps you know what I am talking about. One minute, small school, big fish in tiny pond, rule of the roost, and world by its mid-section handle … then comes your education.
Not only do the rules of the real world not work like you think they do, you barely recognize the game anymore.
That isolating bit of knowledge led me to the idea of the EMT course. “To make a difference,” I told myself. If I have to flop around our here in the real world, the least I can do is try to make some kind of difference.
So several summer nights every week, and grueling all-day Saturday sessions, suffering though hangovers, and the general boredom that comes from being cooped up in a dingy, sweat box lecture hall, on everyone else’s day off, I skated though the classroom portion.
Then, in those days, for EMT Basic certification, you also needed 20 hours in the emergency room experience. I thought would be the easy part. Oh, they tried to prepare you, saying that you might see terrible, evil things in that emergency room, stuff that would be hard to bear.
Right from the start, I found it an ugly world, with some showing their best, and many at their worst. The first 16 hours, I saw heroes and cowards, survivors and victims of the world… predators and prey. Of course, the presence of so many children bothered and surprised me.
The darkness of those emergency room halls crept under my skin and affected me. I hated it.
With just a few hours left in my of what I began to think of as a sentence, rather than prescribed hours of service for certification, I was camped in the darkness of the hall on a bench, looking though the bluish green drapes when the ambulance arrived at the entrance and the paramedics busted through brightly-lit area (there was mostly darkness everywhere else) much like you see in the movies.
Of course, what followed was much different.
The kid on the gurney was alive, I guess. The vital signs gave that indication. The transparent green mask held to his face by one, another still doing CPR as he was wheeled in. Not very far to where the docs and nurses could work on him.
His long dark hair contrasted starkly against the bright white of the linens. A terrible purple and black area ringed his neck.
Continued chest compressions. The paramedic had kept it up all way from the jail, where they found him hanging in his cell. Arrested for some minor offense. Continued chest compressions. They asked me to spell the paramedic. Continued chest compressions.
For what seemed like an hour (but probably wasn’t) we traded back and forth.  Continued chest compressions. Last few trades, you knew, no one was there.
Gone. “Stop chest compressions.”
Death is weird thing to look at so closely.
I didn’t ever want to see it again.
Though, in the years since, I have seen it proceed in a dignified manner.
That night however, there was no dignity and it was horrible.
We … no, I, failed to make any difference at all.
### 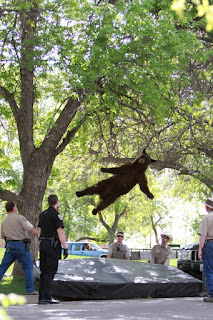