Water, development and the fight 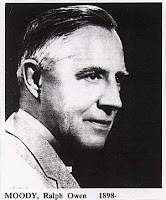 Having reread Ralph Moody’s first book “Little Britches,” about his experiences over 100 years ago on his family ranch in what is now present-day Littleton and Englewood, I think it is a good time to reflect on how far we’ve come.
The ranch as near as I can figure from Moody’s description has probably been swallowed by development, in the vicinity of Wadsworth Boulevard and Hampden Avenue. It is interesting to note how “god -forsaken,” the country was described.
After unsuccessfully fighting (with bare knuckles, firearms, and in the courts) for years over their share of water that was supposed to travel down the ditch, the Moody family was forced to abandon their hard-scrabble existence and move to town. Moody’s father became a carpenter and foreman in the building trades there. If you can’t beat them, join them, I guess. The senior Moody died shortly after, when his weak lungs gave out.
But here we are, 100 years later, still fighting over having enough water and alternately embracing and rejecting development because of it.
Among the top 10 major findings in the 2003 Statewide Water Supply Initiative (SWSI), The Number 1 finding was that “Significant increases in Colorado’s population, together with agricultural water needs and increased focus on recreational and environmental uses, will intensify competition for water.”
Duh. Tell us something we don’t know.
That same study pegged the South Platte watershed shortfall at 22 percent, one of the worst shortfalls in the state by the year 2030. Estimates for 2030 water demand by basin versus current anticipated supply were calculated by Colorado Water Conservation Board and the study was delivered to the State legislature in December.
“New and expanded reservoirs will play a part, as will conservation. One of the study’s major findings, however, is that taking water from irrigated agricultural land and converting it to municipal use will be a primary source of water for cities, one that will be increasingly more attractive if other projects fail.” says Headwaters, a publication of the Colorado Foundation for Water Education in its Winter 2005 edition. “
As many as 400,000 acres of Colorado’s irrigated agricultural land could be dried up by 2030, according to the study.
Where does that leave us. I guess somewhere very near to the place we were 100 years ago when Ralph’s dad had to bare his knuckles and learn to handle a sixshooter. As former songwriter Warren Zevon might have said.
“Send lawyers, guns and money.”
###
Posted by ___ Restless Native at 5:04 PM