Colorado murderers: Even vile stories must be told

“When I despair, I remember that all through history the way of truth and love have always won. There have been tyrants and murderers, and for a time, they can seem invincible, but in the end, they always fall. Think of it--always.”
― Mahatma Gandhi 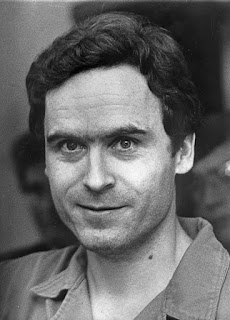 Having worked in news business for 40 years, I have seen more than my share of murders, even here in Colorado. I consider not speaking of them — in the sincere hope that they will no longer haunt me — or affect those that I care about.
But stories, even vile ones have to be told in warning. 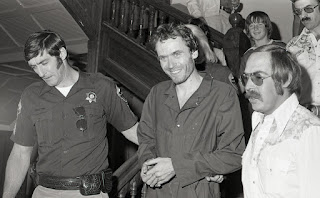 Before he was executed in 1989, Ted Bundy confessed to 30 murders that he committed in seven states between 1974 and 1978. Many consider it likely that there were even more victims.

Described by some as handsome, Charismatic, and even at times 'charming,' Bundy chose his victims in public places. After knocking them unconscious, raping and killing them, he decapitated at least 12 of his victims and kept the severed heads as mementos in his apartment.

In 1975, Bundy was jailed for the first time when he was incarcerated in Utah for aggravated kidnapping and attempted criminal assault. He then became a suspect in a progressively longer list of unsolved homicides in several states. Facing murder charges in Colorado, he engineered two dramatic escapes and committed further assaults in Florida, including three murders, before his ultimate recapture in 1978. For the Florida homicides, he received three death sentences in two separate trials. Bundy was executed in the electric chair at Florida State Prison in Raiford, Florida on January 24, 1989. 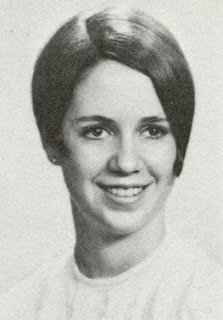 In Colorado, On January 12, 1975, a 23-year-old registered nurse, Caryn Eileen Campbell, disappeared while walking down a well-lit hallway between the elevator and her room at the Wildwood Inn (now the Wildwood Lodge) in Snowmass Village. Her nude body was found a month later next to a dirt road just outside the resort. She had been killed by blows to her head from a blunt instrument that left distinctive linear grooved depressions on her skull; her body also bore deep cuts from a sharp weapon. 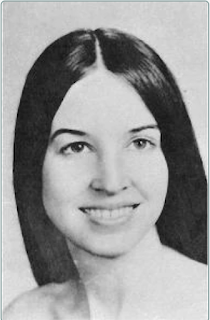 On March 15, 100 miles northeast of Snowmass, Vail ski instructor Julie Cunningham, 26, disappeared while walking from her apartment to a dinner date with a friend. Bundy later told Colorado investigators that he approached Cunningham on crutches and asked her to help carry his ski boots to his car, where he clubbed and handcuffed her, then assaulted and strangled her at a secondary site near Rifle, 90 miles west of Vail. Weeks later, he reortedly made the six-hour drive from Salt Lake City to revisit her remains. 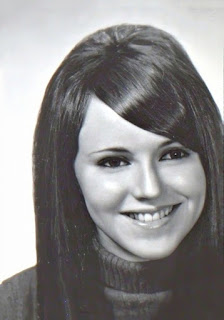 Denise Lynn Oliverson, 25, disappeared near the Utah–Colorado border in Grand Junction on April 6 while riding her bicycle to her parents' house; her bike and sandals were found under a viaduct near a railroad bridge.

In November, of 1975 the three principal Bundy investigators—Jerry Thompson from Utah, Robert Keppel from Washington, and Michael Fisher from Colorado—met in Aspen, Colorado and exchanged information with 30 detectives and prosecutors from five states. Officials have said they left the meeting (later described as the "Aspen Summit") convinced that Bundy was the murderer but needed more hard evidence before he could be charged.

Following an earlier trial, in June, 1976, Bundy was sentenced to one-to-15 years in the Utah State Prison for kidnapping and assault there. In October, he was found hiding in bushes in the prison yard carrying an "escape kit"—road maps, airline schedules, and a social security card—and spent several weeks in solitary confinement.

Later that month, Colorado authorities charged him with Caryn Campbell's murder. He eventually waived extradition proceedings and was transferred to Aspen in January 1977.

On June 7, 1977, Bundy was transported 40 miles from the Garfield County jail in Glenwood Springs to Pitkin County Courthouse in Aspen for a preliminary hearing. He had elected to serve as his own attorney, and as such, was excused by the judge from wearing handcuffs or leg shackles. During a recess, he asked to visit the courthouse's law library to research his case. While shielded from his guards' view behind a bookcase, he opened a second-story window and jumped to the ground, injuring his right ankle as he landed.

After shedding an outer layer of clothing, he walked through Aspen as roadblocks were being set up on its outskirts, then hiked southward onto Aspen Mountain. Near its summit he broke into a hunting cabin and stole food, clothing, and a rifle. The following day he left the cabin and continued south toward the town of Crested Butte, but became lost in the forest. For two days he wandered aimlessly on the mountain, missing two trails that led downward to his intended destination. On June 10, he broke into a camping trailer on Maroon Lake, 10 miles south of Aspen, taking food and a ski parka; but instead of continuing southward, he walked back north toward Aspen, eluding roadblocks and search parties along the way. Three days later, he stole a car at the edge of Aspen Golf Course. Cold, sleep-deprived, and in constant pain from his sprained ankle, he drove back into Aspen, where two police officers noticed his car weaving in and out of its lane and pulled him over and rearrested him after being free for six days.

Back in jail in Glenwood Springs, Bundy ignored the advice of friends and legal advisors to stay put. The case against him, already weak at best, was deteriorating steadily as pretrial motions consistently resolved in his favor and significant bits of evidence were ruled inadmissible.

"A more rational defendant might have realized that he stood a good chance of acquittal, and that beating the murder charge in Colorado would probably have dissuaded other prosecutors... with as little as a year and a half to serve on the DaRonch conviction, had Ted persevered, he could have been a free man."
Instead, Bundy assembled a new escape plan. He acquired a detailed floor plan of the jail and a hacksaw blade from other inmates, and accumulated $500 in cash, smuggled in over a six-month period, he later said, by visitors—Carole Ann Boone in particular.
During the evenings, while other prisoners were showering, he sawed a hole about one foot square between the steel reinforcing bars in his cell's ceiling and, having lost 35 pounds, was able to wriggle through it into the crawl space above.

In the weeks that followed, he made a series of practice runs, exploring the space. Multiple reports from an informant of movement within the ceiling during the night were not investigated.
By late 1977, Bundy's impending trial had become a big deal in small town Aspen, and Bundy filed a motion for a change of venue to Denver.

On December 23, the Aspen trial judge granted the request—but to Colorado Springs, where juries had historically been hostile to murder suspects.
On the night of December 30, with most of the jail staff on Christmas break and nonviolent prisoners on furlough with their families, Bundy piled books and files in his bed, covered them with a blanket to simulate his sleeping body, and climbed into the crawl space. He broke through the ceiling into the apartment of the chief jailer—who was out for the evening with his wife—changed into street clothes from the jailer's closet, and walked out the front door.

After stealing a car, Bundy drove eastward out of Glenwood Springs, but the car soon broke down in the mountains on Interstate 70. A passing motorist gave him a ride into Vail, 60 miles to the east. From there he caught a bus to Denver, where he boarded a morning flight to Chicago. In Glenwood Springs, the jail's skeleton crew did not discover the escape until noon on December 31, more than 17 hours later. By then Bundy was already in Chicago. 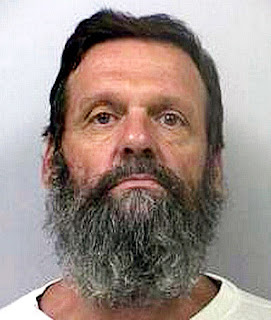 "The murder occurred on or about November 10, 1987, at an apartment complex in Colorado Springs. Sperry was 15 years old at the time of her death. This arrest comes as a result of communications initiated by Mr. Browne in 2002. Since that time, investigators with the El Paso County Sheriff’s Office Investigations Division have been communicating with Browne through letters and face to face interviews. Based on the information received from this communication, investigators developed enough information to determine that probable cause existed to charge Browne with the murder of Rocio Sperry.

"Additionally, Robert Browne has provided details about numerous other murders throughout the United States, including nine in Colorado. Browne claims that he has committed up to 48 murders. These offenses occurred from about 1970 until he was arrested and charged with the Murder of Heather Dawn Church here in El Paso County in 1995. Heather Dawn Church was reported missing from her Black Forest area home in September of 1991. Robert Browne was arrested for her murder on March 28, 1995." 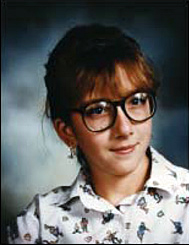 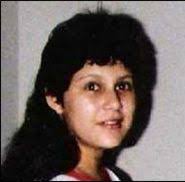 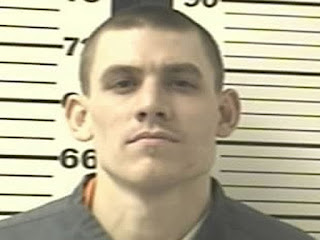 From Governor John Hickenlooper’s recent book, “The Opposite of Woe: My Life in Beer and Politics,” about the night of March 20, 2013:

“Over the course of the next twelve hours or so we learned that sometime around 8:30 p.m. the doorbell rang at the Clements’ home in the town of Monument. Tom answered it, and a guy in a pizza delivery uniform fatally shot him in the chest. Within minutes, Lisa called the police. Deputies arrived and found Tom and Lisa inside the home on set of stairs. Medical crews performed CPR on Tom. He died on the scene, in his home, in front of Lisa. Tom was fifty-eight years old, and left behind his “three girls:” Lisa, and their daughters Rachel and Sara.”

The Governor describes learning more in a police briefing later.

“I learned that sheriff’s deputy in Montague County, Texas, pulled over the suspect on a routine stop, unaware of the search in Colorado. The suspect shot Deputy James Boyd and then fled. Boyd. who was wearing a protective vest, radioed to report the direction the car was heading. After a chase during which speeds reached up to 100 miles an hour, and eighteen wheeler smashed into the suspect’s car, which caught fire, the suspect jumped out and shot at officers. They returned fire and killed him,” wrote Hickenlooper.

“I was told the casing from the suspect’s 9mm Smith & Wesson were the same brand and caliber as those used by the gunman who’d killed Tom. Law enforcement was confident that the suspect had killed Nathan Leon, whose side job was delivering pizzas for Domino’s, then taken his uniform and his black 1991 Cadillac, dumped Leon’s body, driven to Tom’s home, killed him, and then made his way to Texas.”

The Governor said he received the briefing in his office with the officer moving through a lot of slides of the crash, shootout in Texas, a mug shot of the suspect, Domino’s uniform …

“Wait,” he said. “I interrupted because I thought I saw the word ‘Ebel’ at the bottom of the previous screen of the mug shot, and there he was. It was the son of my longtime friend Jack Ebel. I had a wave of nausea.”

Hickenlooper said the tragedy was made worse, by finding out that the Colorado Department of Corrections mistakenly released Evan Ebel before he had completed his full sentence. While he had been serving an eight-year prison term, he pleaded guilty to punching a guard in November of 2006, and was to serve a consecutive prison term of an additional four years. The reason for the release, according to DOC, was judicial “clerical error.” The way the forms in the file were written, it was not clear that his sentences were to be consecutive. 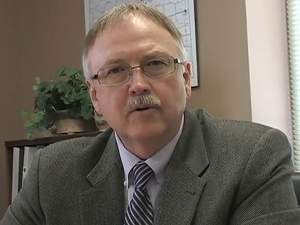 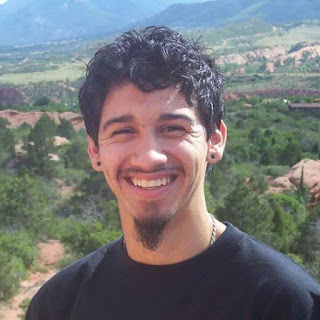