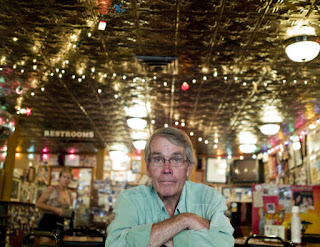 Woody Creek was the residence of noted author Hunter S. Thompson for much of his life and at the time of his death. It also has been the home of several other celebrities and musicians including the late broadcaster Ed Bradley, Don Henley of the Eagles, John Oates (Hall and Oates), Jimmy Ibbotson of The Nitty Gritty Dirt Band and actor Don Johnson. Democratic Leader of the U.S. House of Representatives Nancy Pelosi has a winter home in Woody Creek. 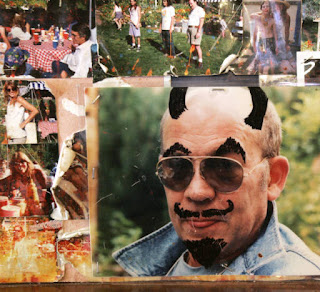 A photo of a photo of Hunter S. Thompson in the famous Woody Creek Tavern in Woody Creek, CO - where Thompson used to whet his whistle regularly, photo by Judy Walgren. 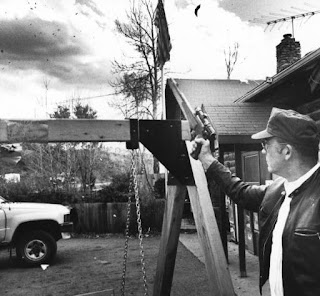 (March 11, 1990) In October, Hunter S. Thompson "autographed" a copy of his book Fear and Loathing on the Campaign Trail with a pistol shot a the wedding of politcal pollster Dick Tuck and writer Joyce Daly.
The wedding was held at the Woody Creek Tavern Wedding Chapel. (Frank Marten, special to the News.) Woody Creek Tavern waitress Julia Penny tells a tale of how she brought some 45 "Flying Dog Brewery" T-shirts to Honduras and Nicaragua. Daniel Bayer. 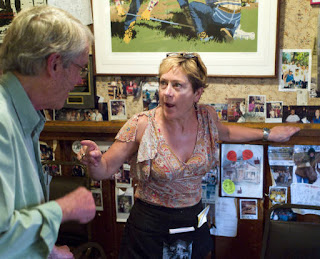 Stranahan, is of course founder of Flying Dog and Stranahan Whiskey, as well as number of other things. 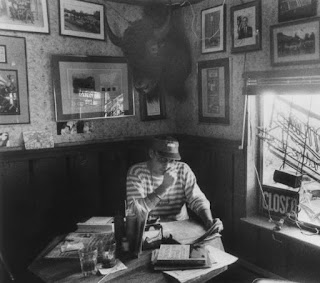 An earlier Dean Krakel photo shows Hunter S. Thompson poring over newspapers in 1990 while seated at a table in the Woody Creek Tavern.