It's all there in black and white

Etchings endure
But not in Sand
Meanings Collide
To Unresolved Fragments
Codes fizzle to Static
They are not lost
But Unheard
Never lost
Fading slowly to Silence
By infinite degrees
― Ashim Shanker, Sinew of the Social Species 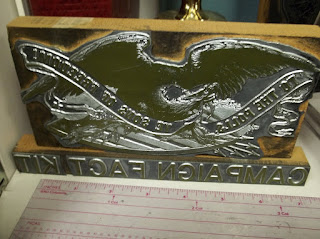 Permanence is a valuable attribute in the trust game

On the whole, many historians consider the invention of the printing press as one of the most important events in human history. But those same historians are just now dealing with the digital world. Consider too, that they define history as a written report of past events.
As a long-time ink-stained wretch, and a digital dabbler, I don't discount the importance of either print or digital. But I think there is big advantage to print that somehow fails to get mentioned very often. Permanence.
In fact, it is almost universally misunderstood.
"If you’re doing marketing, more than likely, you’ve probably heard of programmatic advertising.
Programmatic’s theory is sound. Instead of buying space on a platform — like a newspaper, radio station or television station — you’re 'buying' the audience," wrote Jerry Raehal, the former CEO of Colorado Press Network and the Colorado Press Association.
"With programmatic, you buy the desired audience based on desired geography, demographics and behaviors of the consumer’s online history. Think of Big Brother stalking you online, keeping tabs and trying to sell you stuff," Raehal said.
"Combine a desired audience with a relatively low cost compared to other forms of marketing, and it’s easy to see the appeal. The theory makes sense to marketers. But the theory is flawed. Programmatic has problems. Lots and lots of problems," he said blaming the deficiencies on fraud, fraud and more fraud. He cites "bot" traffic which he notes in 2016, accounted for  more than half of all traffic to websites, according Incapsula's widely-reported findings. Also, delivery from unreliable vendors is a problem — or for lack of a better description, "fake results."
When my old 'beginning newswriting' professor Chuck Rankin, would fail budding reporters on an assignment, it usually had something to do with spelling a proper name incorrectly. He suggested that if you can't get the name right, you can't be in the business, in those days.
Get the facts correct, or don't bother to report it. The basics, if you will, of reporting.  Legendary Chicago Sun-Times editorial writer and also a professor of mine, Cecil Neth, was even more insistent. The emphasis should be on reporting, but it doesn't do anyone any good, not to be sure of your reporting.
Today, news seems to be built for speed, with little thought to anything else. With the advent of 'instant audience' and 'breaking news,' a number of news operations now back away from accuracy, in order to beat competitors to the punch.
Thus, I think, accuracy and responsibility suffered — and has yet to recover.
Not to mention leader's, sources  and newsmaker's tendency to exploit the changing nature of news today.  For their part, they understand you can manipulate the public by saying something in the morning, deny it that afternoon in a walkback, and then flop and swear that evening that is what you originally meant.
Advertisers and marketers have always been suspect. High volumes of snake oil, quackery and other mysterious potions have been sold in the past. They will likely try to sell us in the future.
Back to permanence.
When what you say, is set in type, and printed out in a indelible record, it tends to have greater weight. Point of no return is an important concept, in printing —and in life. Legal notices operated and continue (to large extent), to operate under that theory.  The first printing job in history, the Gutenberg Bible, has maintained respectability. In my mind, permanent printing has more credence in the marketing game.
It is there 24 hours a day, 7 days a week, 365 days of year, after the initial run. Chances are: greater care was taken in spelling the names correctly, and getting the facts right.  After all, it is all there in black and white, recorded for posterity. 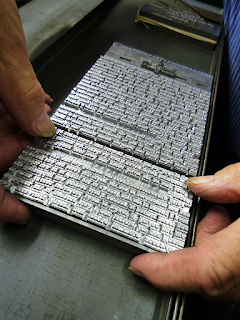