Nothing super about these cops 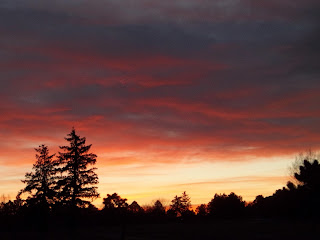 Back and forth, criss-crossing a rural existence

"Super Cop." That is what we called it.
Ironic, I guess. Considering that certain elements of the program were illegal.
It was genuinely an imagination celebration, however, and to the casual observer — similarities existed.  Similarities and differences.
The small Ford crept through the side streets of the late-night small town on patrol.
Driver and passenger, bleary-eyed but alert, looked for change, something out of the ordinary, notable difference. But they rarely encountered it.
Tiring of the main drag circuit, the patrol drifted to the side streets, back roads and alley ways.
Looking for anything to add interest, to liven up their rural existence, to spur their active imagination.
"The story you are about to see is true, ..."
And "We were working the day watch," all applied at one time or another.
"Just the facts, ma'am."
But the Mickey's Big Mouths separated the cruisers from any Officer Bill Gannon and Joe Friday. Partially consumed "green grenades" accounted for some of the bleariness, but none of the discontent.
Just a couple of hours to be someone, anyone else, in the pickle barrel, we called the hometown.
Drive the powerline, downriver to the gravel pits, up to the pasture, hay meadows upriver, bean fields up on top.
"What? Nobody is around."
"Where are the girls?"
"It's dead. Somebody murdered the night. Killed fun. Deader than Hell."
Still, they did not feel like going home. Duty called.
George Harrison said that "The Beatles saved the world from boredom."
But he didn't live here. He, or John, or Paul, or Ringo, never made it to Dolores.
Everyday life. That is what it is, every damn day.
That is why the patrol is important, East Y to West, and back. Down the sidestreets and allies.
The floor could fall out, but it never does. The buildings are the same. The cars we pass... even the same songs. Nothing changes around here, until it does.
Live inside you mind, Your mind is endless; it goes on forever. Or does it?
There should be a law.
I guess, it is time for Super Cop.
###
Posted by ___ Restless Native at 11:59 AM