In celebration of the Celtic New Year 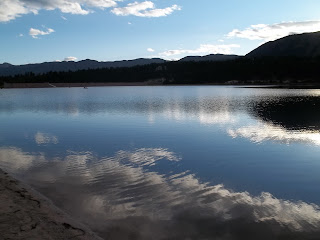 According to ancient Celtic custom, the date corresponding to Nov. 1, was the beginning of a new year. The ancient Celts celebrated the end of one year and the beginning of another with their largest festival known as Samhain (pronounced Sah-ween). It was during this time that they believed the souls of those who had died in the previous year travel to another world, but at least temporarily, could intermingle with the living.
Ghost, on the other hand, has Germanic origins, deriving from “gast” in the language that became modern German. “Gast” originally identified a terrifying rage but later came to mean the disembodied spirit of someone who has died.
With a deep-seated tradition of story telling in both the cultures, and strong percentages of Irish and German coursing through my own veins, I have chosen to celebrate the upcoming holiday with story. Some are old favorite stories that you have heard from me before. Others may be new and different to each of us.
But like the Irish Halloween tradition of Barmbrack, the ‘speckled loaf’ of sweet, yeasted (skimmed from the top of fermenting beer) bread, you may find more than raisins and sultanas in your loaf.  The Halloween “Brack” traditionally functioned also as a fortune telling mechanism, as various objects were baked into the bread and when it was dispersed, fortune was told by what object was found in your particular piece. The pea found in your portion signified that you would not marry that year; the stick, “to beat one’s spouse” told of an unhappy marriage or continuous disputes; a rag or cloth marked a person with bad luck and poverty; a small coin (usually a silver six pence), on the other hand, tabbed the recipient for riches and good fortune; and the ring meant that you were to marry within a year.
My stories, by contrast, may, or may not contain elements from which to determine you own fate in the upcoming year. You, and you alone, can be the judge of that. The loaves are often served toasted with butter and cup of tea in the afternoon. Feel free to pick out the raisins if you don’t like them, or discard the whole thing. But in the spirit of the season, I’ll offer you at least one a day until the traditional Celtic New Year.
###
Please click on the text below to read the first: