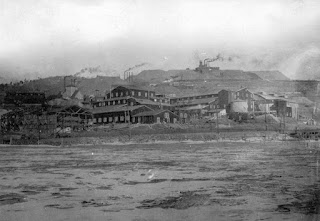 Nearly everyone knows of the impact of Cripple Creek gold on the history and construction of the city of Colorado Springs.
Mansions that line “Old North End” streets like Wood, Cascade, and Nevada Avenues owe their existence to the wealth generated in the mines. Public buildings like the Main Post Office, the Mining Exchange, and even the old courthouse that now houses the Pioneer’s Museum were paid for with district dirt. But few realize how deep, pervasive and intertwined that golden vein entangles area influence and origin.
An example resides in the coalmines in the northwestern area of the city.
“The Pikes Peak Fuel Division, a wholly owned subsidiary of the Golden Cycle Corp., produced and sold lignite coal at its Pikeview Mine, located just north of Colorado Springs, for many years,” wrote Max W. Bowen in a profile about the Golden Cycle Corp. in the December, 1960 edition of The Mines Magazine.
“During the World War II period, the power plant Pikeview, having capacity in excess of 8,000 kilowatts, served in a standby capacity to the city of Colorado Springs, thereby insuring the city of sufficient power capacity to serve the numerous armed services establishments in the region.”
“The Fuel Division also operated a sand, crushed rock and gravel business, supplying most of the concrete aggregate used in the region for the past several years. Prior to abandoning the railroad (Midland) in 1949, crushed rock aggregate was produced in the Cripple Creek District and shipped to Colorado Springs by rail,” Bowen wrote in 1960.
The development of the Woodman Valley area is also very much tied to Golden Cycle Corp. presence as well.
The Golden Cycle Corp secured clear title to Monument Park Land Company in 1913.
“From 1913 this corporation, or its subsidiary Pikes Peak Fuel, held most of the land from Pikeview into Woodman Valley. From the shaft at Pikeview, tunnels ran north and west through most of the area south of Woodman Road. Although there was also coal north of Woodman Road, the surface rock made the area generally unsuitable for mining,” according John Kitch, Jr. in his 1970 book Woodman Valley.
By 1959, the two smaller valleys north of where the Modern Woodman of America Sanatorium had been serving tuberculosis patients for years, were being called Hidden Valley and Red Spring Valley.
“Both were slowly being settled by new residents who had purchased homesites from the Golden Cycle Corporation,” wrote Kitch.
The sanatorium closed to patients in 1947 and by 1950, it had been purchased by wealthy financier and philanthropist Blevins Davis. Davis wife was heiress to a fortune originally linked to James Hill railroad money. (Davis at one time was partial owner of The Gold Rush newspaper.)
“He promptly sold off the 180 octagonal Gardiner cottages, many of which can still be seen in the Pikes Peak area. A rumor circulated at this time that the property was to be used for a Summer White House, allowing the entire presidential staff to escape the heat of Washington,” Kitch writes.
The Sisters of Saint Francis Seraph were eventually the benefactors of that land, more than $2.3 million dollars, and a Broadmoor mansion. Renamed St. Joseph’s Convent, Mount St. Francis, the property was dedicated as the order’s Mother House of the Western Province in 1954. It continues to serve in that capacity. 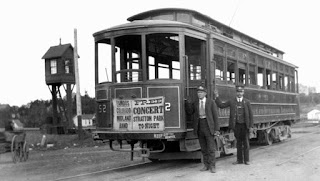 Photo 1:
Portland Mill and and Victor in the mining district from a USGS photograph.